Weekend Catch Up #3 - Whitby & The Bay to Boggle Hole

We are back up on the North Yorkshire coast for the 3rd in a series of posts about our week's holiday, which started out with an annual catch up with old work friends.

On Saturday the plan was for us all to meet up in Whitby, where we would have a mooch about, a few pub stops and lunch and then to either stay out till the evening, if the weather was good, or to head back to Robin Hood's Bay to eat, if the weather wasn’t so good.

Writing this post at the beginning of August, in the midst of a heatwave, it seems very strange to say this but we woke up to a heavy mist, so had a bit of a slow start. We met up with Sue and Jude in Whitby, with Rob and Phil having decided to make the cliff top walk in with Charlie ... the gorgeous springer spaniel, who is very much part of the gang.

We had a bit of a mooch about and met up with the boys at the bottom of the steps to the abbey, before heading back across the bridge to find somewhere for lunch. 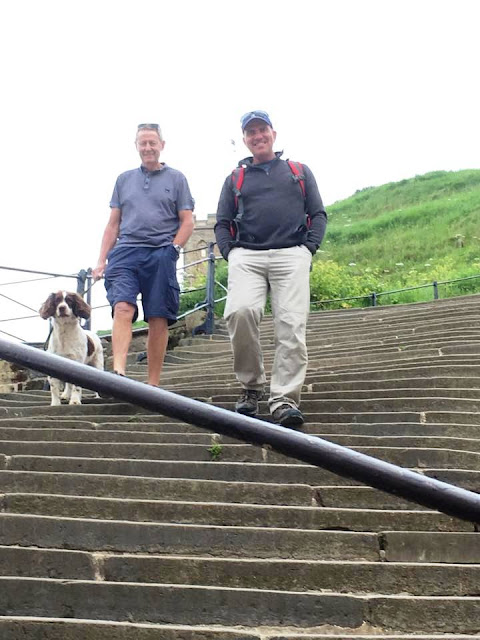 The weather wasn’t too bad, though rain was definitely on the way, and we ended up having crab and prawn sandwiches in the harbour, followed by ice creams, before we parted company and we headed back to The Piggery for a bit of a chill out before meeting up later at The Victoria Hotel at the top of the hill in Robin Hoods Bay for dinner, and very nice it was too. 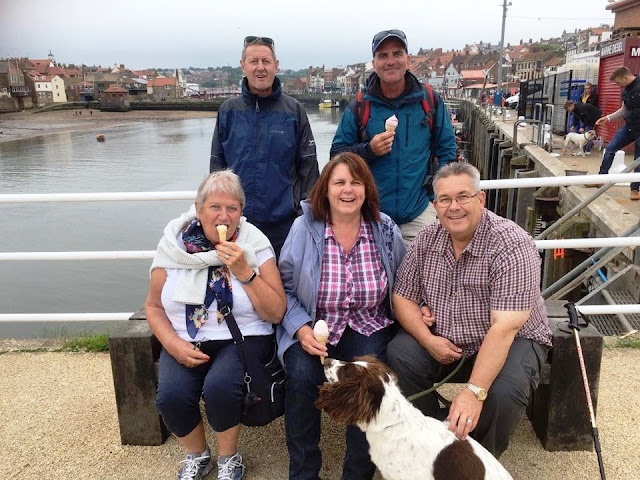 Sunday was our last full day with all of us together and we had a walk on the cards. We were meeting up in Robin Hood's Bay and making the walk to Boggle Hole, starting out on the cinder path, which was nice and steady. 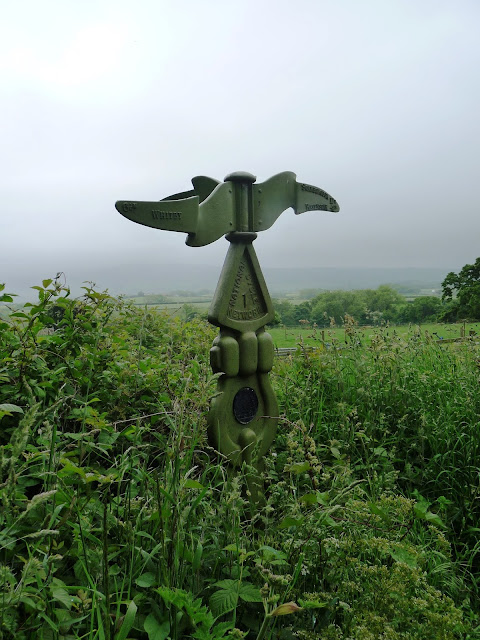 We soon veered off though and had a couple of serious up and downs before ending up at the youth hostel where drinks and cake went down very well. 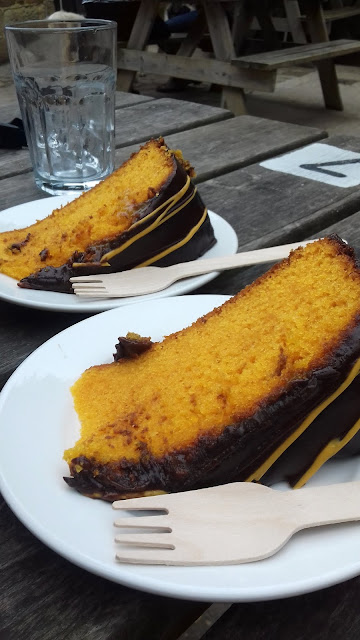 We had a nice walk back to The Bay along the beach, where Charlie had a good run and we had a few more pit stops as we made our way back up the hill and Jude and Rob's caravan for the annual BBQ. 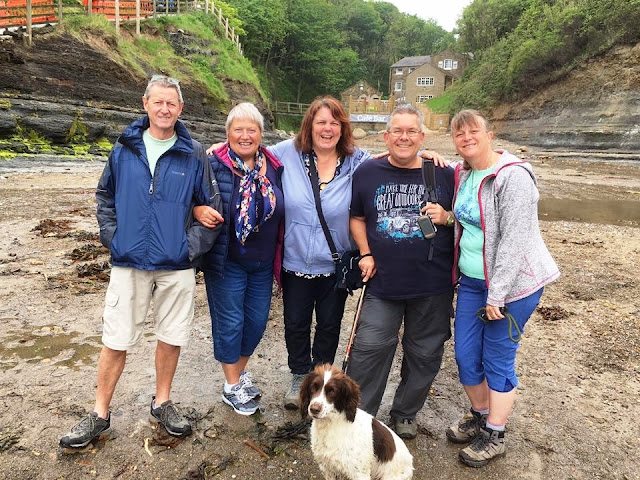 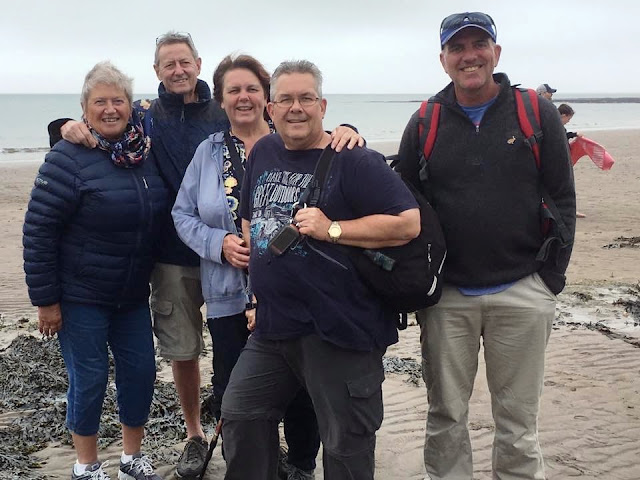 As always the BBQ was a real treat, with plenty to eat, all expertly cooked to perfection by Rob, plenty of chat, laughter and discussion about where we would be meeting next year.

It looks like Broadway is the favourite option, so see you all again next year 😀