Starting to Stem the Plastic Tide ...

For a while now I have been pondering on ways to try and use less plastic. I don’t think it’s just the Blue Planet effect, but that certainly seems to have created a whole new level of awareness and drive across whole nations.

There is also lots of evidence of large companies starting to try and do their bit by changing packaging and offering less plastic heavy options.

We’ve been doing our bit on the carrier bag front for a long time, well before the charge came in for single use carrier bags, and always have a stack of jute shopping bags in the boot of the car.

We also try and recycle as much as we can, often having far more waste in our recycling bin than our general waste bin. I have to say though, I do often wonder as to what does actually happen to this recycling. Does it really all get sorted as it should? I would like to think so, but would really love to be able to follow a bin of recycling through the system to see what happens to it.

We also make use of our local recycling centre when we have waste that can’t go in the bin, such as small electrical and larger items. Plenty of stuff also makes its way to the local charity shop, where it is easy to park and drop stuff off.

The movement to try and reduce the amount of plastics we use is most definitely growing. On Gardeners World Monty is making a concerted effort and is sharing what they are doing at Longmeadow, which will hopefully increase awareness amongst the gardening fraternity.

I must say we have been using toilet roll middles for starting off sweet peas and beans for years. They fit perfectly in large mushroom containers, so these manage to get repurposed too. I also make sure that I reuse pots and trays that come with new plant purchases until they fall to bits, rather than buying new ones. 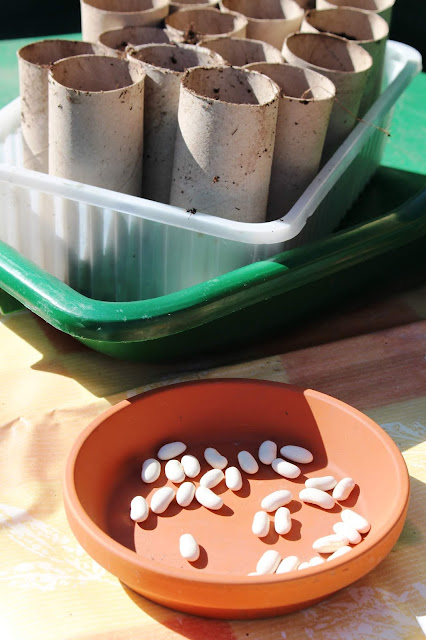 We did try our hand at composting and am sad to say that we have done away with this, though I do now always feel bad when I am putting my veg peelings and paper shredding into the kitchen bin.

A few weeks ago I saw a video clip on Facebook from Martin Lewis. It was a bit like the ice bucket challenge. He committed to reducing the amount of plastic he used by three ways and then nominated three other people to do the same. I hope this gets traction as I guess every little will really help.

There are a few changes that I’ve been thinking about lately as being things that would be practical for us to perhaps try and the first was seeing how well beeswax wraps actually work.

These are intended to reduce the use of cling film and sandwich bags and there are some really pretty designs to be found on line.

Prices do range quite considerably and I managed to find some that weren’t so expensive that if we didn’t get on with them we would have wasted a load of money and, if we liked them, we could perhaps pay a bit more for a better selection of design.

I found ours on Facebook from Becky's Beeswax Wraps. They were £7, including postage and they came within a couple of days of ordering. 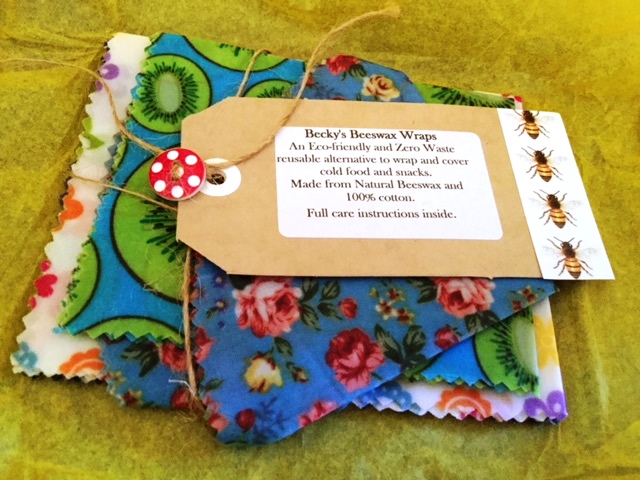 The fabrics weren’t quite as pretty as some of those that I’d seen but they were ok, though I was a bit disappointed to see how small they were in reality. It would be interesting to see how useful they would actually be ... would they be big enough?

I was more interested in finding out if they would actually work. Would they create an air proof seal like cling film or a plastic sandwich bag did?

Martin made the first use, using one of the largest to wrap his sandwich wrap for lunch. Normally he would put this in a sandwich bag, though I would normally use a small plastic tub.

His verdict was that getting a proper seal was not the quickest or easiest of processes, as it involved waiting for the beeswax to meld under the warmth of his hands and this took longer that just chucking the wrap in a poly bag. He ended up using a couple of elastic bands to make sure that it didn’t all unravel in his bag.

He was happy with how it kept his wrap fresh though and washing and drying it was easy enough. It will be interesting to see how it lasts over time.

Since then I've managed to use both of the round ones to seal stuff in glass bowls and they've been great. I wouldn't say they give a totally air tight seal, but they've been fine for what I've wanted. 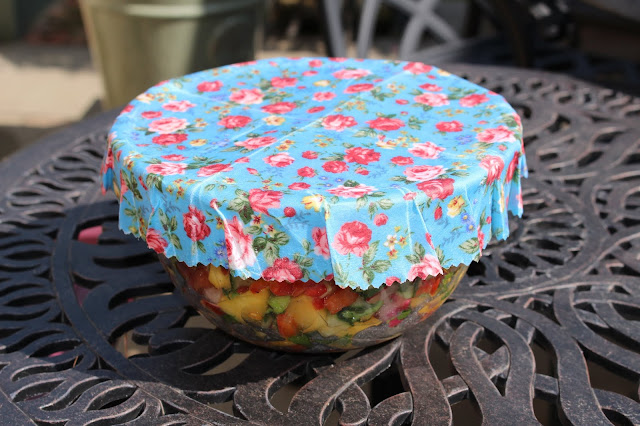 My verdict so far is that I like them and they have helped us reduce the amount of cling film and poly bags that we use. They can't be used with raw meat and to get a good seal elastic bands are a must, but so far, so good.

They wash easily and we haven'd had to re-invigorate them in the oven yet, but I will keep you posted.

I have had a look on line to see how easy it would be to make these myself and I think I might give it a go, so watch this space 🐝🐝🐝