In the Garden - March

So far, we've been really busy in the garden for March, and we aren't even half way through yet.

Last week Martin surprised me by jet washing the front garden, whilst I was out at a Governor's Safeguarding training event.

I didn't really notice it had been done when I got home as it was quite dark, though I did wonder why our garden was wet, when the rest of the street was dry.  I wondered why Martin grinned when I said there was something weird happening out the front and asked if the council had been out to the drains - I just couldn't understand why it was wet.

Anyway, it looked so bright and clean the next morning that it inspired me to get out the front and have a really good tidy up.  Just weeding, pruning and a dig over of the borders.  It only took me an hour but I was knackered when I had done, and I'd already had a get together with Davina.

It does look great though and I was quite proud of myself, though it did completely throw my day out.  Hey ho, the joys of pottering. 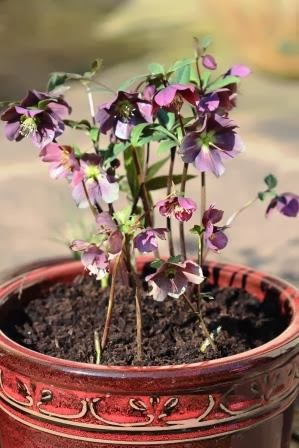 Yesterday was glorious - it was like Summer and we were up and out in the garden before the church bells had stopped ringing, and that's good for us.

We were set for a really good tidy up.  Martin was on the leaf sucker, which drove him a bit crazy as it kept jamming up and it was real hard going.

I did some real pottering, tidied up the herb pots, cut down lots of last year's old perennials and potted up the Hellebores. 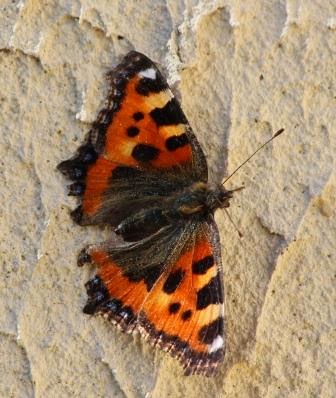 We were amazed at the amount of butterflies about for this time of year and Martin managed to capture a few shots of one basking in the sunshine. 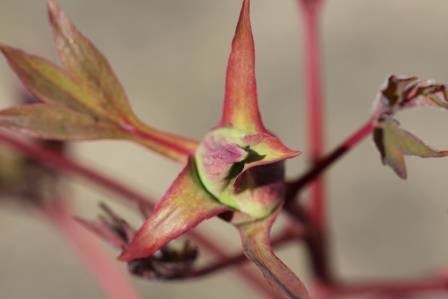 We were also amazed to see flower buds on the Tree Peony.  I've never had a Tree Peony before, neither has mum, and this one was another salvage from Beryl's garden a couple of years ago.  We put it in a pot as we didn't really have anywhere else for it, but you never say no to a free plant!  When we salvaged it, it had a pink flower on it, but last year, whilst there was lots of new growth, there were no flowers.  This year it looks like we will have two.  Mum will be so envious.


I then started thinking about, and there are lots of different views, is there room in the garden for bits and pieces, as well as plants and veg?  We think so, and have accumulated lots of bits on our travels and as gifts.

What do you think?  let me know, I'd love to receive your comments.
Posted by Carol at 11:31