Planning the Garden at Number 27 (pre-Martin!)

I moved into my house in 1992.  Ever since then the garden has been undergoing a very slow transformation, with still some way to go.

I think I said in a previous blog that having an overall plan is really important.  Otherwise, you do stuff, then you want to do more stuff, that doesn't fit in with the first lot of stuff that you did and you end up having to re-do stuff, which is frustrating to say the least. 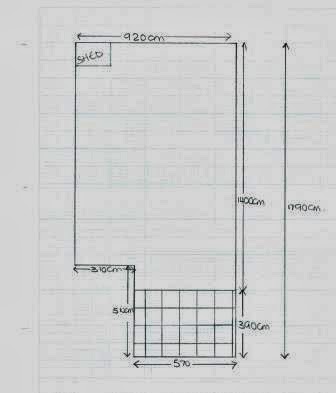 Not long after I moved into my house, I bought a new computer.  With it came some free software, including a Geoff Hamilton's Garden Design programme.  I spent hours measuring my garden and transferring it onto the computer, where I turned it into what seemed like a good outline plan at the time.  I still have both my initial sketch and measurements and the original plan, as you can see.

This is the initial sketch that I did.  The bottom is the patio, which is just outside the kitchen door.  When I moved in there was an old dilapidated shed at the bottom of the garden.  As you can see I had a very blank canvas! This is the initial design I did on the Geoff Hamilton software.   This design also includes the shape of my house.  You can see, I was quite ambitious!!

In 2003, mum and I attended a Garden Design course at Tamworth College - I know, a bit random.  Anyway, the course was run by a lady that mum knew, as she ran a local nursery that mum used quite a bit.  Turned out that her daughter married one of my brother's closest friends, small world eh?  They have three children now, all named after flowers - Poppy, Blubell (yes, it is really spelled like that!) and Lily.

That's all a bit irrelevant really but I've mentioned the course as we all took photos of our garden in it's state at the time.  Here are mine - this is in 2003.  I know, it's more that 10 years after I'd moved in, I was definitely playing the long game - you just can't rush these things.

All I'd really done by this point was to get a new shed, place it half way down the garden, which seemed like a good idea at the time as it gave hidden areas of the garden, get rid of the old one, tidy up the bits of border that were already in the garden and put some pots on the patio.  The patio set was a wedding present (my first wedding!) and let me tell you, green plastic was the height of sophistication at the time.

My house faces West, which means my garden faces East.  When you're younger you never really take much notice when people say that you should look for a house with a South facing garden.  Let me tell you now, they are right.  However nice my garden looks, at different times of the year, we can never really sit in the sun, apart from first thing in the morning.  You don't realise how disappointing this is until it is too late.  So, when your mum says you want a South facing garden, listen and take heed!

In the planning stage of my garden, I used to look at lots of homes and gardens magazines and cut out pictures of what I wanted my garden to be like.  I've included some below.  Those of you who know my garden, please don't laugh - I'm still working on it. 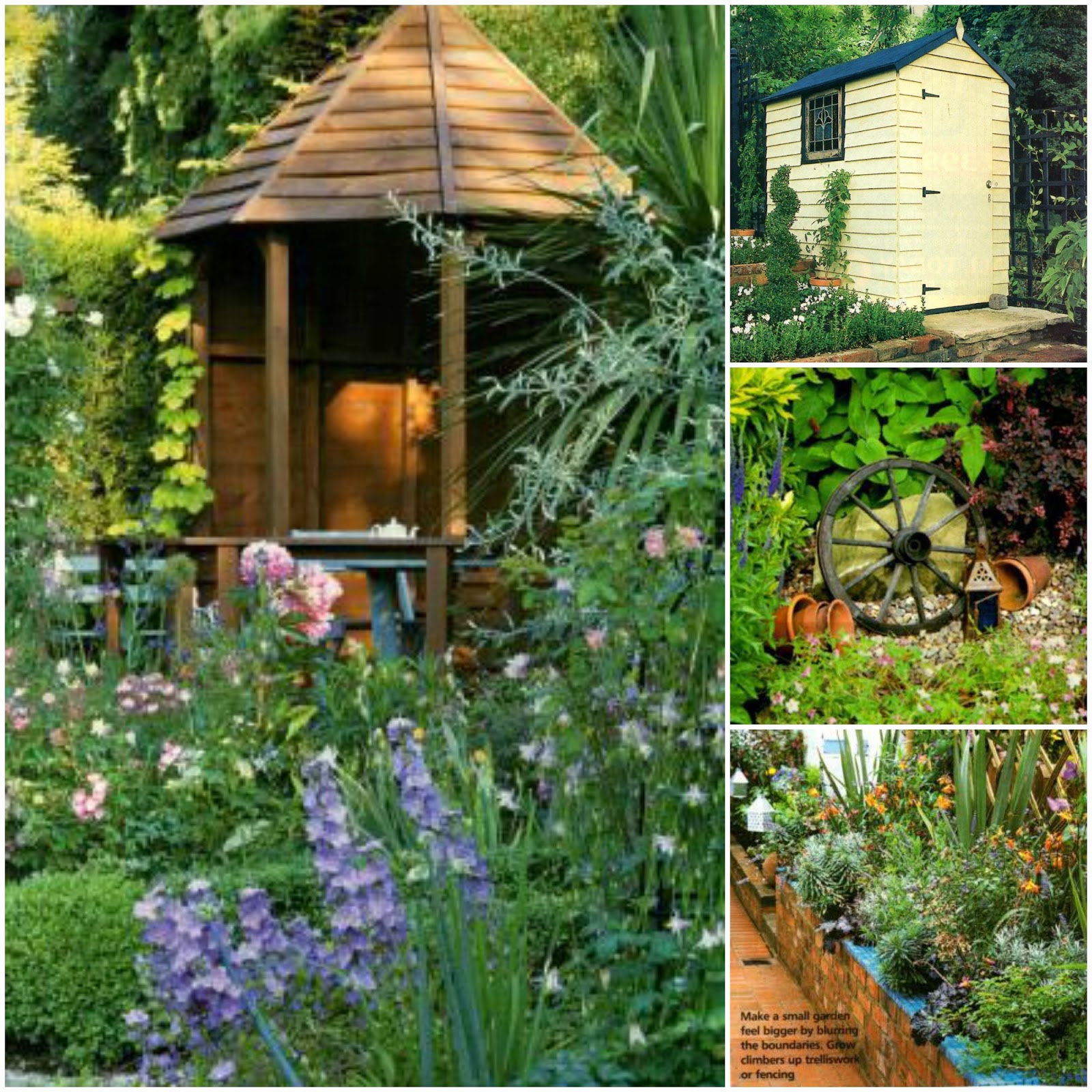 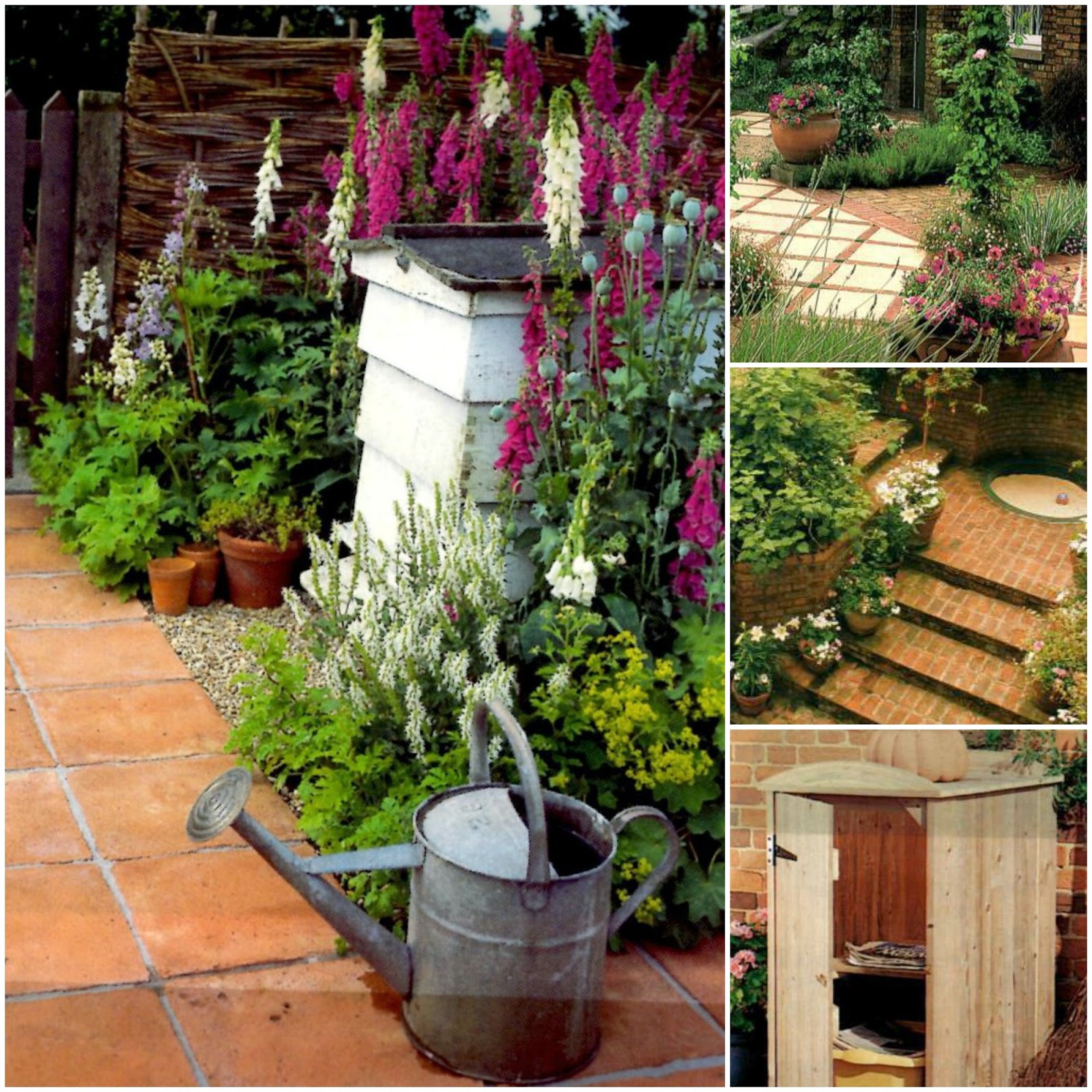 Whilst we do have a fair way to go to achieve the dream, we do have foxgloves, lots of them.  And a galvanised steel watering can.  So, still kind of on plan.﻿ 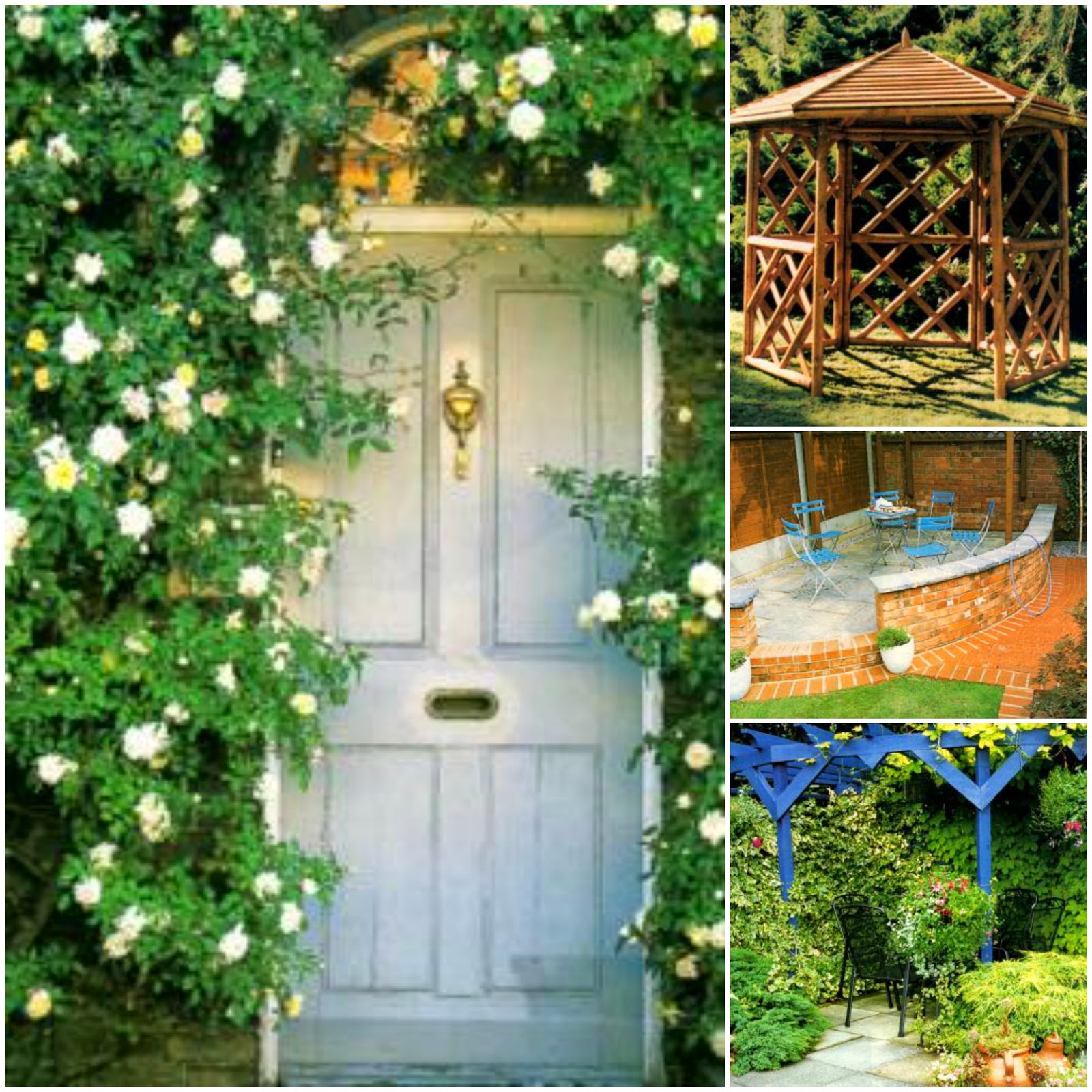 Like I say, it was always going to be cottagey and there was going to be a nice patio, pergolas, an arbour and roses round the door.

Well you've got to have a vision haven't you?

As this post is getting a bit long I think I'll break it here for now.  I'll post again and let you know what happened after Martin moved in and I'll show you how close I am to my initial plans and vision (or not, as the case may be).

I keep having to remind myself that, when it comes to garden design and you've got a busy life, it's a marathon and not a sprint!  I feel a bit like Forrest Gump, I've been running for years!