Do you know what?  If I end up having to look for another job, I'd love to be a researcher.  I have really enjoyed researching Will's story, which has taken us in lots of different directions.

Personal Effects
Our research began with Will's personal effects, that we came across when we lost Peggy, Will's only daughter and Martin's mum.
﻿﻿ 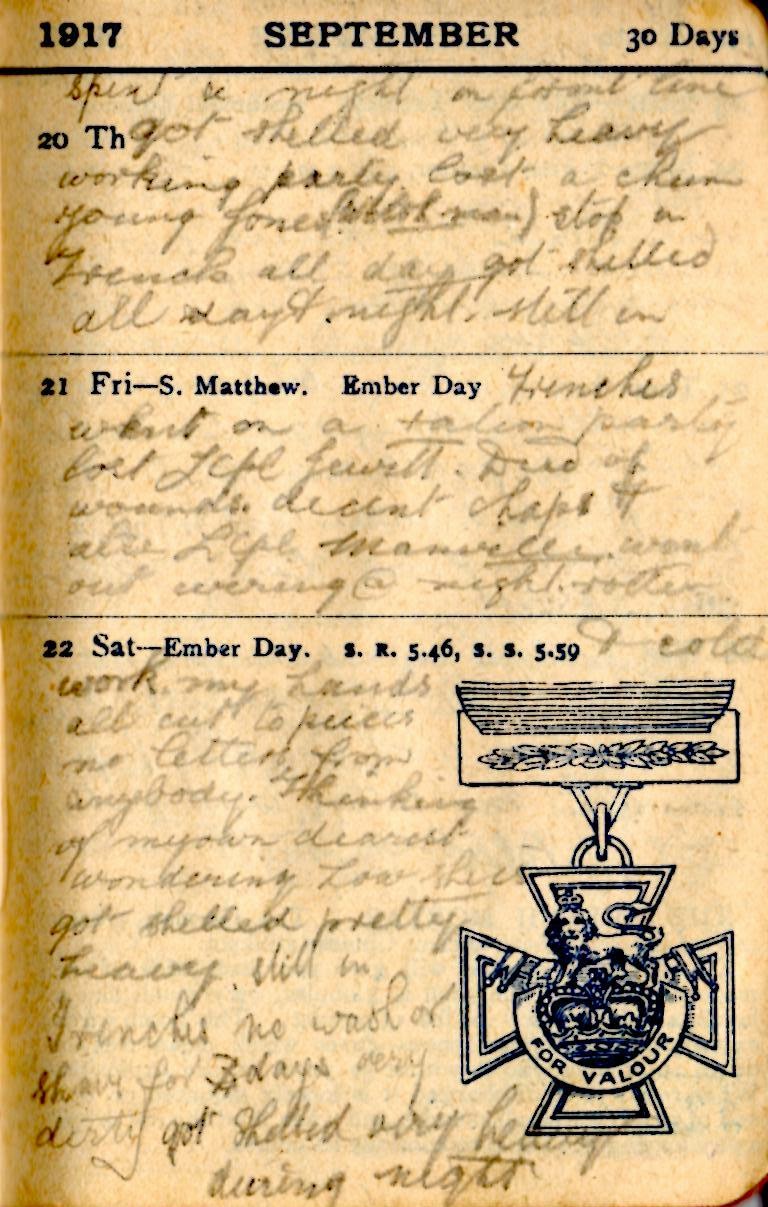 We have three of Will's personal war diaries, covering the majority of 1917, 1918 and 1919.  These are fascinating and it was from reading some of the entries in Will's diaries that we were inspired to tell his story.  Hopefully we will be able to scan some of the actual entries, so you can look forward to seeing his first hand account of day to day life during the war, written whilst actually in the field.
﻿﻿ 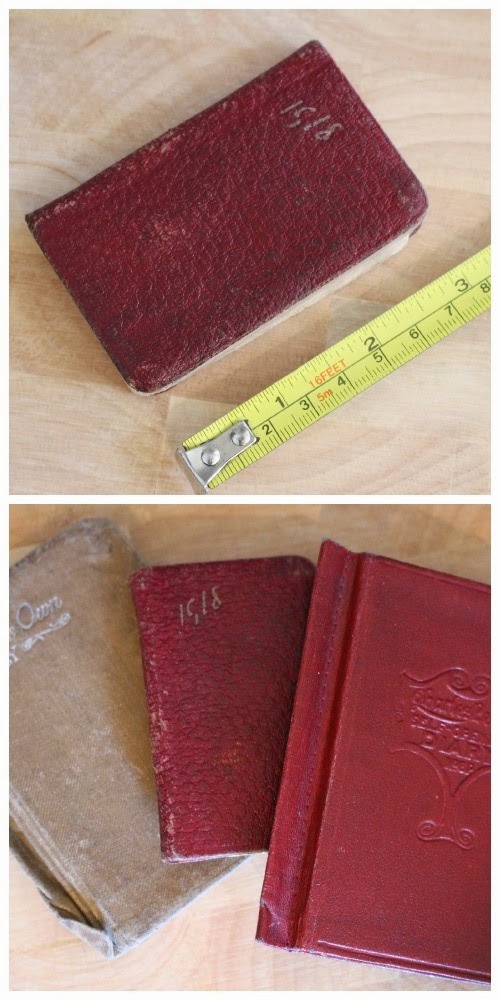 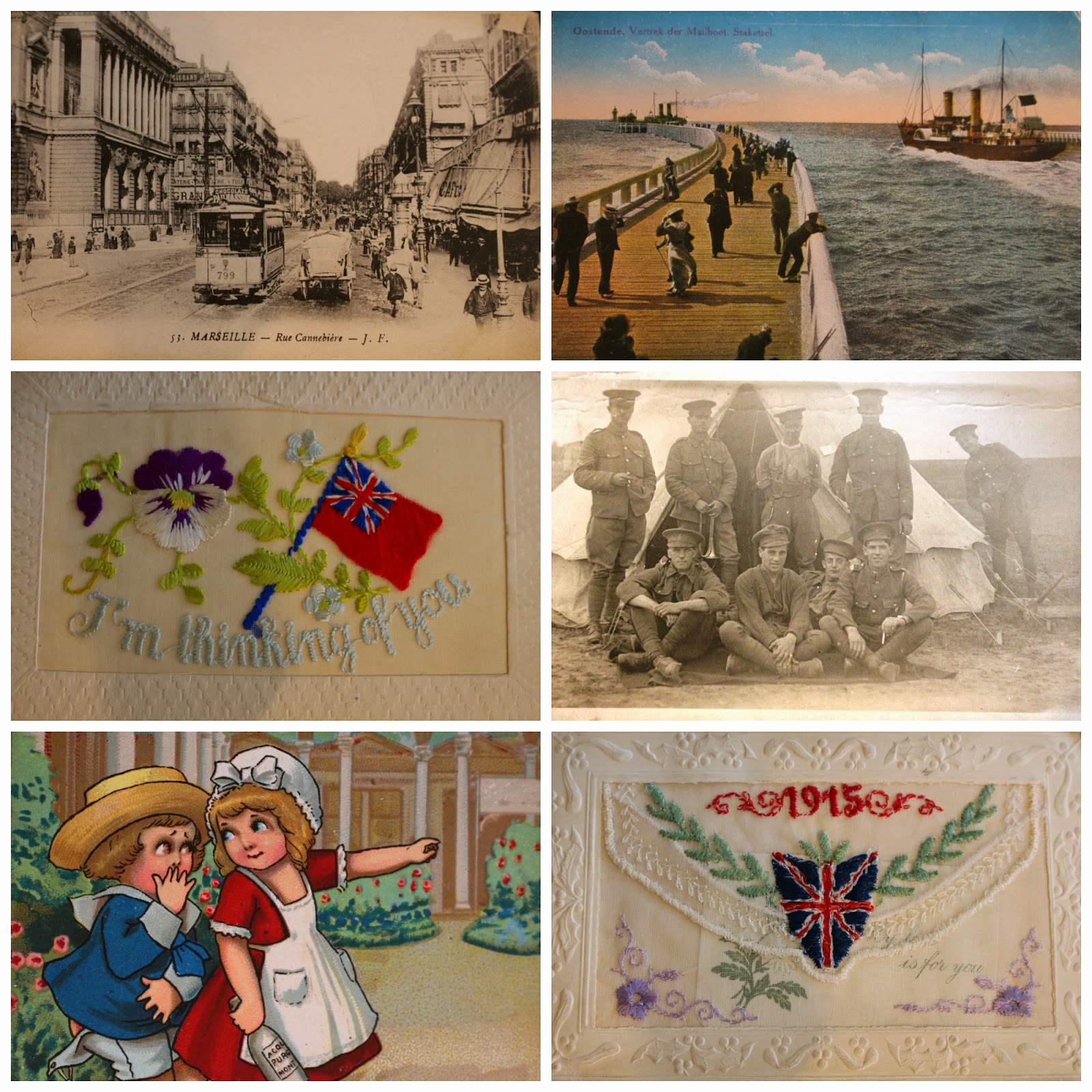 We also have lots of postcards, photographs and embroidered cards.  Some are dated so will be easy to tie to particular times and places referred to in Will's diaries.  Some hold no clues, so will be a bit more difficult to put into context.  We will do our best.

We then have a number of assorted bits and pieces, including dog tags, badges, original documents and medals.  All of which we have been able to research further with the help of Google.


Will's War Record
Every WW1 soldier had a service record, although only some 20-30% now exist.  A service record consists of a number of different army forms used to record information about a soldier during his military career. The numbers and types of forms in a man’s record vary greatly from soldier to soldier, as does the quality and legibility of the information they contain. 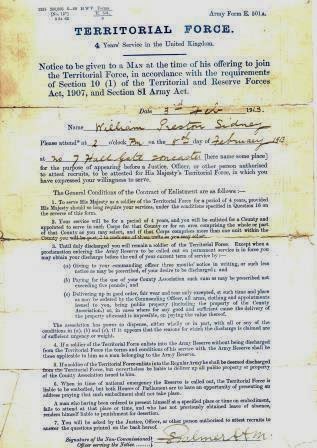 The records were thinned out before going into storage in the 1930s, by disposal of many documents.  The majority were then destroyed by fire at the Army Records Office on Arnside Street in Walworth, London, resulting from an air raid in 1940, during the 2nd World War.  The 20-30% that survived the fire are now held in collection WO363, also known as the Burnt Records.  This collection includes records of men who left the army between 1914 and 1921, but many are only fragments or have suffered damage.  These records can be found on line at Ancestry.co.uk or on microfilm at the National Archive in Kew.

We were very lucky and, as well as having Will's original Enlistment, Embodiment and Disembodiment papers, we managed to locate Will's WW1 service record on line, over 30 pages of really interesting and useful information, including dates of postings and his medical history, which makes for interesting reading.  These records have really helped us to pull together a timeline of Will's service, which we've been able to tie back to his diaries and some of his other mementos.

British Army War Diaries 1914-1922
Whilst trying to find out more information about Will's story we found out that each unit of the cavalry and the first 33 infantry divisions of the British Army in WW1 maintained a war diary whist on active service.

Some diaries record little more than daily losses and map references whilst others are much more descriptive, with daily reports on operations, intelligence summaries and other material.  The diaries sometimes contain information about particular people but they are unit diaries, not personal diaries.

Whilst searching to see whether Will's unit had a war diary that was available we came across another blog called Harry Lamin's War.  Harry Lamin was born in August 1887 in the East Midlands of England.  In 1917, aged 29, he joined up to fight in the First World War.

During Harry's time in the army, he wrote letters home to his brother and sister. They were kept and handed down to his grandson, who transcribed the letters, which produced a moving and poignant account of an ordinary man's experiences in an extraordinary situation, which is told within the blog.  The intention of the blog was to publish the letters exactly 90 years after Harry wrote them.  His first letter from the training camp was written on February 7th 1917.  It was published on the blog on February 7th 2007.  Each letter then appeared on the correct date from then on.

From reading Harry's story we found that he actually served in the 9th York & Lancaster Battalion, which was the same Battalion that our Will ended up in.  It would appear they would have served together, both in Flanders and in Italy.  On the blog we found that, as part of Harry's Grandson's research, he had managed to obtain a transcript of the Battalion War Diary from August 1917 till March 1919, when, the War Diaries stopped. The 9th battalion was broken up and dispersed, with most troops on the way home.

Being able to read the transcript of the war diary has been really useful in helping us to interpret some of Will's writing within his own personal diary, especially with regards to place names.

As the diary only starts from 1917, which is the same date that Will's personal diaries begin, we are continuing to research to see if any other war diaries are available going back to 1914.

Ancestry.co.uk
This site has been a bit of a God send, helping us to find out exactly who William Preston Sidney was and where he came from.  Through building Will's family tree, we have been able to identify the majority of names of people that Will corresponded with during the war.  Sadly, whilst numerous letters are mentioned, we have no record of these and can only assume that they have been lost over time.

Google
Google has been great for finding out background material about all aspects of Will's life.  From finding out about some of the items we found in his personal effects, to details of the battles he was involved in.  I hope to be able to weave this information into Will's story.