In the Garden - July

We have been really lucky with the weather in July, with lots of blue skies and sunshine, and we've managed to have a real mixture of both working and relaxing in the garden.  We even managed a sneaky impromptu mid-week BBQ.

Martin was on holiday at the beginning of the month and, as we didn't go away, we managed to get a lot of much needed maintenance jobs done, which you can read about here. 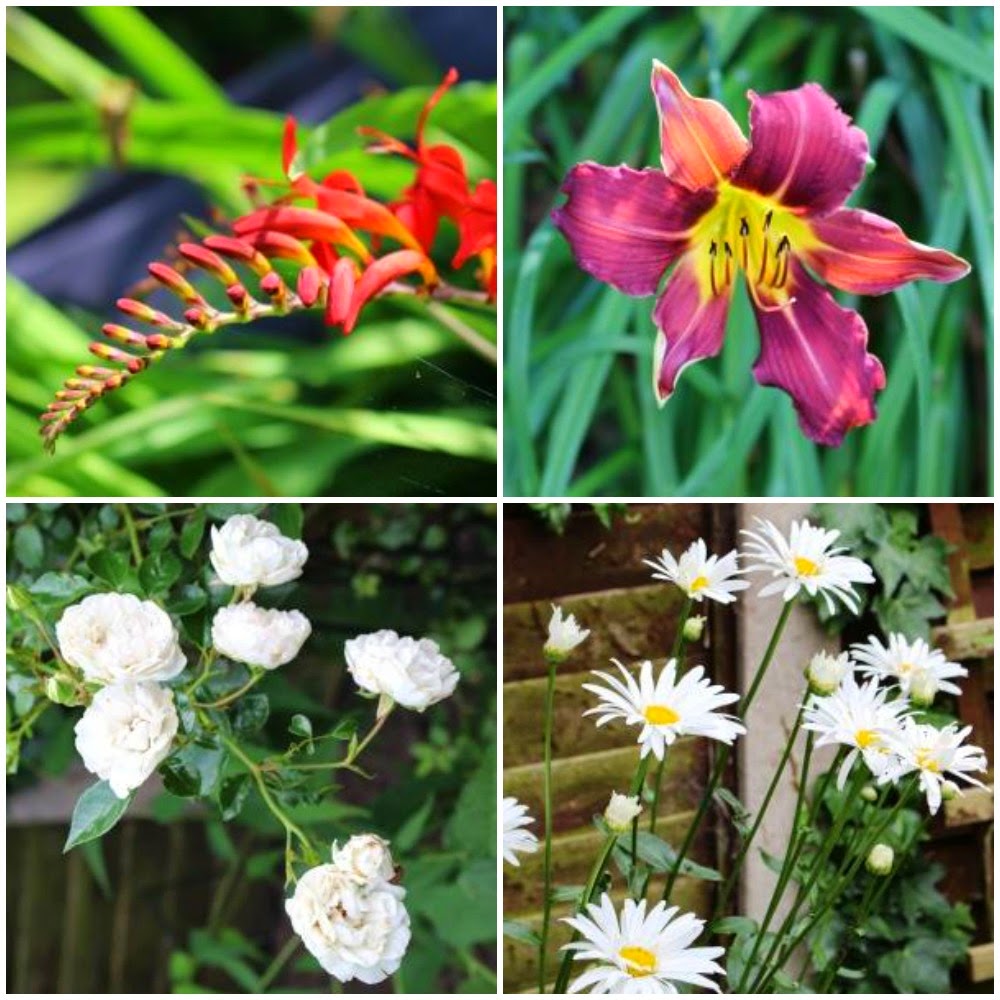 Other than the general maintenance there's been lots of watering and deadheading activity and some serious pruning of the spring flowering shrubs in readiness for next year.

In flower during July, we've had Crocosmia, Hemerocallis, the white climbing rose, white daisies, Agapanthus, Verbena and a constant supply of sweet peas for the kitchen windowsill, which we grew from seed ourselves. 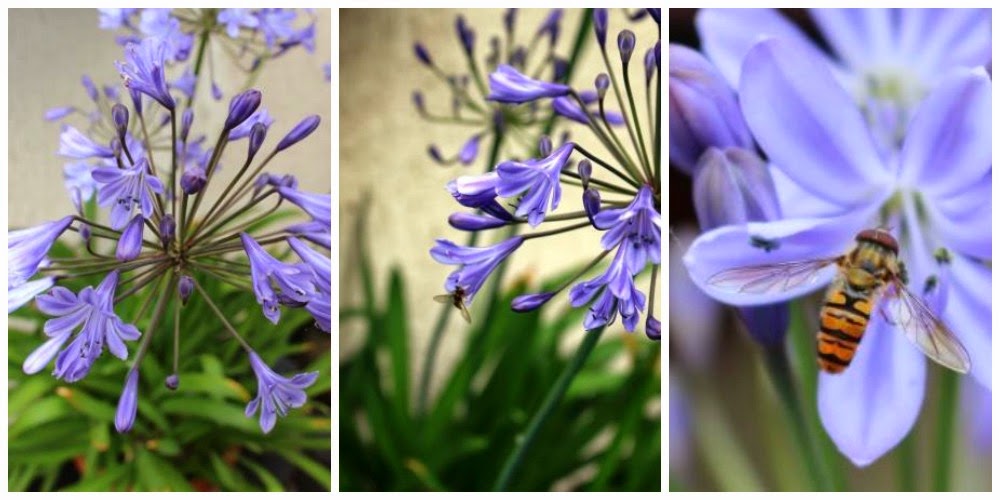 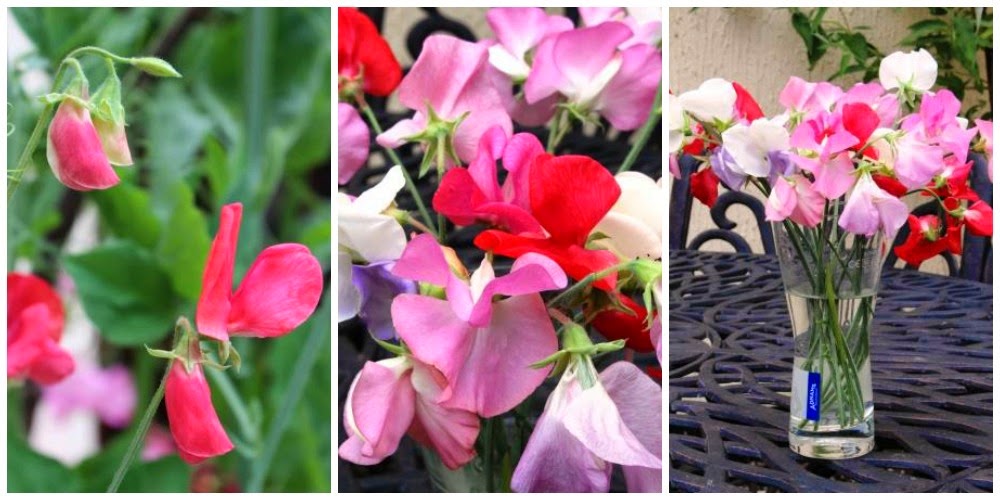 The patio pots have looked great, with the hanging baskets and the potted daisies still going strong. The Hostas have also made a really good show this year.  Hopefully they will see us through to the end of August. 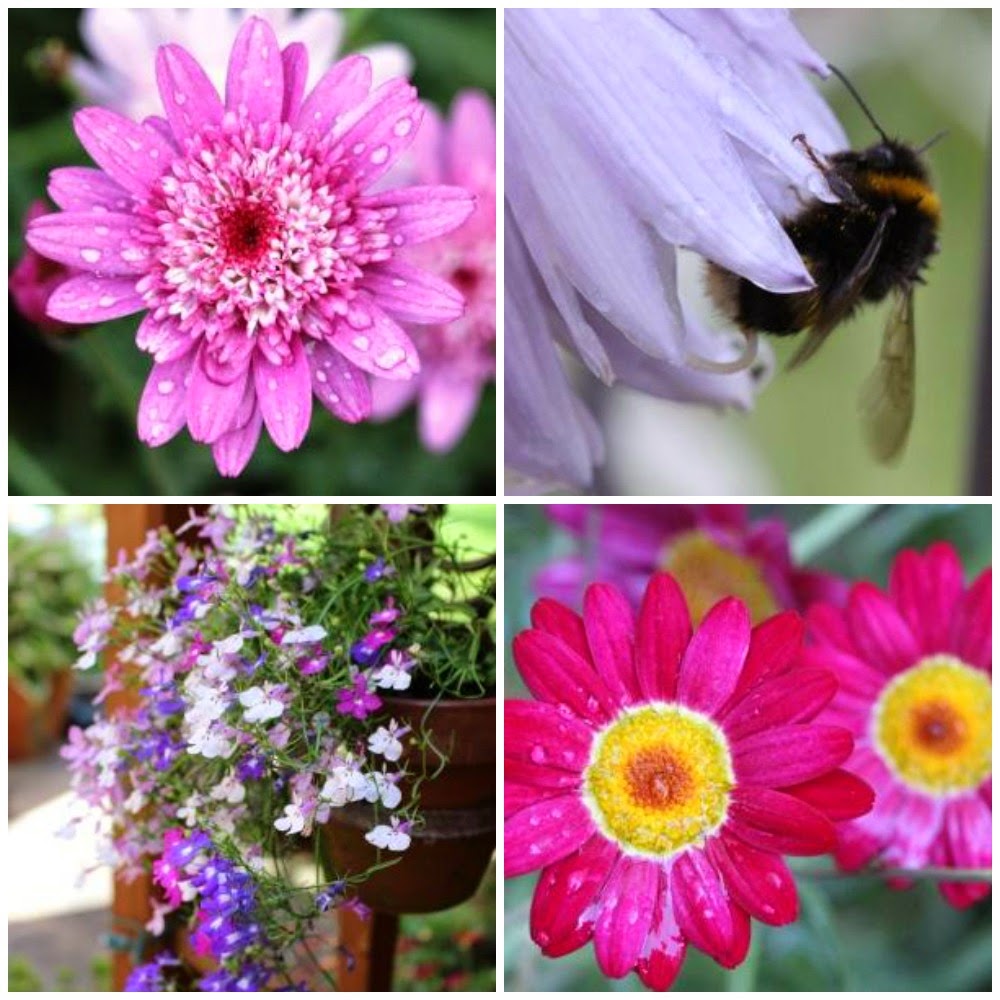 We've had lots of visits from wildlife, with plenty of sightings of blackbirds, blue tits and goldfinches.  Martin also made a mad dash for the camera when he spotted a damsel fly basking in the sunshine.

The end of the month will see the completion of a job which has been on the agenda for a long old time - the completion of the brick edging around the bottom half of the garden.  It is currently under way, and such a big event, it's worthy of it's own post, which you will be able to read about very soon.

We are also very nearly there with the new front gate. The posts have had two coats of woodstain.  The gate itself has had a coat and I've also salvaged all of the ironmongery from the old gate.  Martin has paint stripped everything and I've re-painted it.  It will be a real team Dunhill achievement once it's finished and I'm confident that you will be seeing the new gate finally in place during August..

What needs doing now is lots of tidying up, with lots of perennials needing to be cleared away and all of the borders desperate for a good weed.  That will be my focus for August, though hopefully there will be plenty more relaxing and enjoying of the garden taking place too.