Is Chicken Soup really good for the Soul? 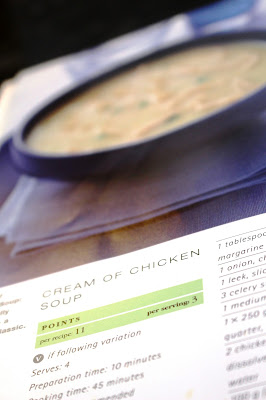 It is absolutely freezing here today. I have the heating on full pelt and am spending the day trying to keep warm. I thought it would be a good time to share this recipe which is a real Winter warmer. ...

Have you read that book ... Chicken Soup is good for the Soul? I must confess I haven't, but the phrase seems to stick in my mind for some reason.

It was a Monday morning a week or so ago and I seemed to have accumulated a, not so random, selection of pretty manky vegetables ... bendy celery, slimy leeks and a random parsnip left over from our roast dinner.

Trying to be a bit more mindful of waste I didn’t really want to chuck them out.

Whilst not looking as though they would have much use as a veg on the side of a dinner, they were exactly the right thing for my favourite chicken soup recipe.

It’s in an old Weight Watchers cook book and I remember serving it to someone once and telling them it was a Weight Watchers one and then them telling me, at a later date, that they’d been looking for it in the supermarket and couldn’t find it. High praise indeed.

Anyway, we are now more fans of Slimming World, (actually, maybe fans isn’t the word Martin would use), but it’s very easily adapted. Just don’t fry the veg in margarine, swap it for butter flavoured daylight. 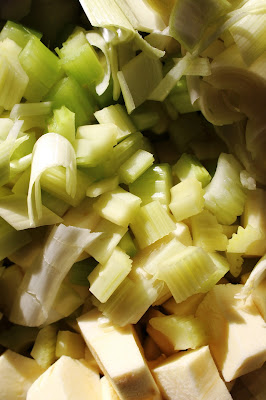 I added an onion and soon turned the manky pile into a nice pan full of chopped bits and pieces and got them frying off.

The only drawback of this recipe is that I can’t make it in the soup maker. This is because once the veg has softened, you add the stock and then throw a chicken portion in to cook while the soup is bubbling away. It should be a full boned portion really, but I only had a boneless breast so used that instead.


Once it’s bubbled away for 30 minutes, you take out the chicken portion, shred it and put most of it back in ... 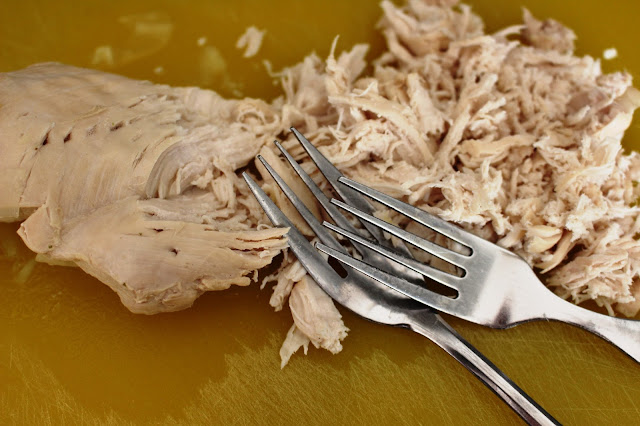 ... before the messy task of blending takes place. I tend to do this in my big blender, rather than using my stick blender, so I always tend to end up slopping it all over the place ... no such problem with the soup maker. 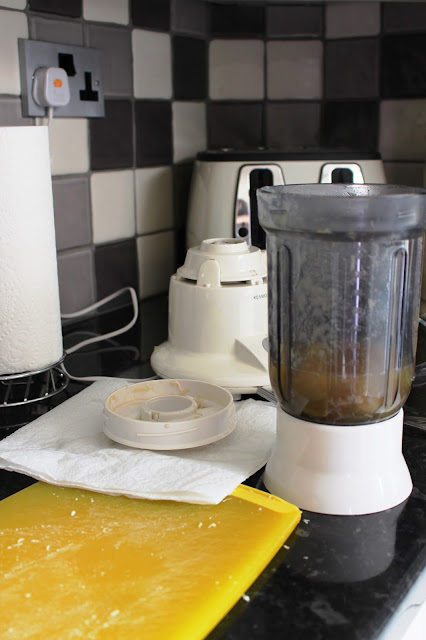 After it’s blended you add it back to the pan and put the rest of the shredded chicken in with some freshly chopped parsley. I didn’t have any of that so just threw some dried in.

Oh, in the recipe you should also stir through some creme fraiche at the end, but I like to keep it ‘free’ so leave this out and it is no poorer for it. It still ends up luxuriously thick and creamy and the chicken flavour really does come through.

It’s one of the only soups I really like eating that doesn’t have to be accompanied by a slab of bread on the side, though if I’m being really naughty a chunk of fresh bread is always a bonus. 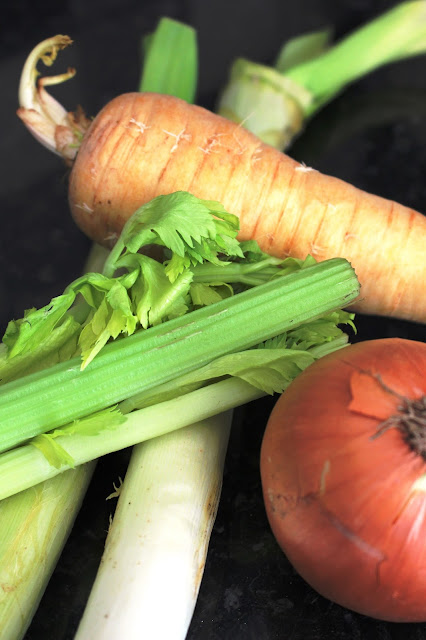 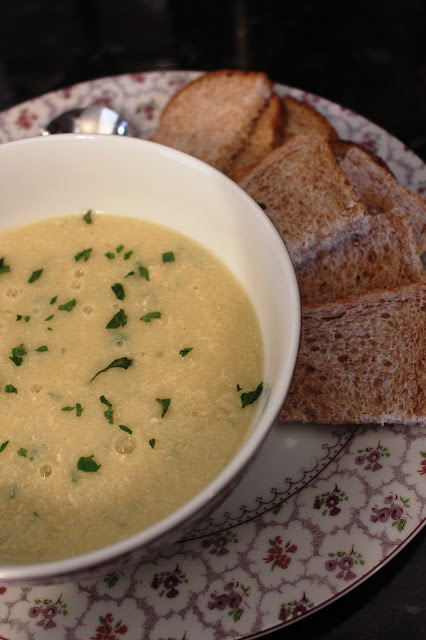 So is it good for the soul? I think so, especially when it means you make something tasty and full of goodness out of stuff that would otherwise just hang around until it really was only fit for the bin.

Email ThisBlogThis!Share to TwitterShare to FacebookShare to Pinterest
Labels: At Home, Everyday Ordinary, In the Kitchen, Life of Pottering, Recipes