A Snow Day or A Sew Day 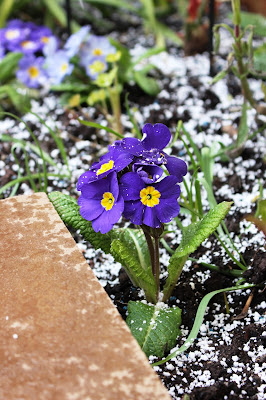 This weekend the weather forecast had predicted the return of a 'mini' Beast from the East.

We did have snow pretty much on and off all day on Saturday, but it didn't seem as though it would settle. I was keeping my fingers crossed that we wouldn't have a re-run of the weather we had a week or so ago as I'm off to London today to meet an old friend and I'm taking the train.

We have a big day out planned, exploring the Temple area of the city, which we've both really been looking forward to for ages. I'm really glad we haven't had to cancel. I'm sure I will be telling you all about it very soon.

As there was nothing planned for Saturday and Martin was having a lie in, having had to get up at 5.30am for work all last week, I decided I would have one final go at making some little birdie pincushions for my Summer craft stall.

I'd found this pattern on line and had already had a couple of attempts during the previous week, but neither had gone too successfully.

The first took me about two hours, lots of fiddling and unpicking and pulling my hair out ... 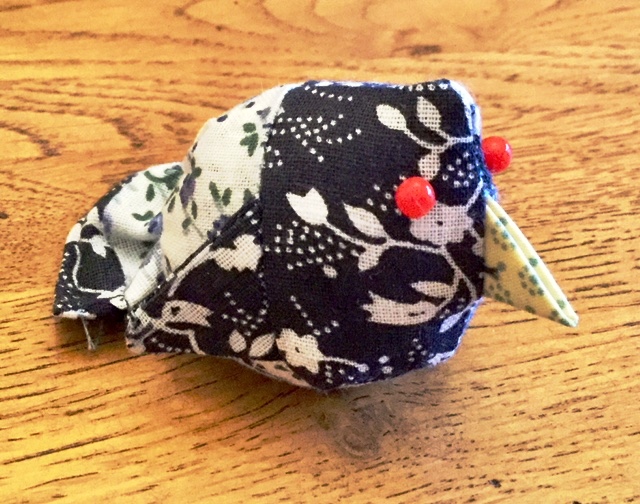 For two hours work it didn't seem worth it, he was sooooooo tiny (his eyes are the heads of pins, so you can see how small he is), his beak is upside down and I'm sure there was something not quite right in the pattern instructions.

Not to be deterred I had a second go. This time I scaled the pattern up by 40%, which was an event in itself as maths is most definitely not my strongest point.

I ended up with this guy, which is a far better size, though Martin said it looked more like a walrus than a bird. The same part of the pattern I didn't understand before still didn't make sense, but I'd gone my own way and it was kind of OK. 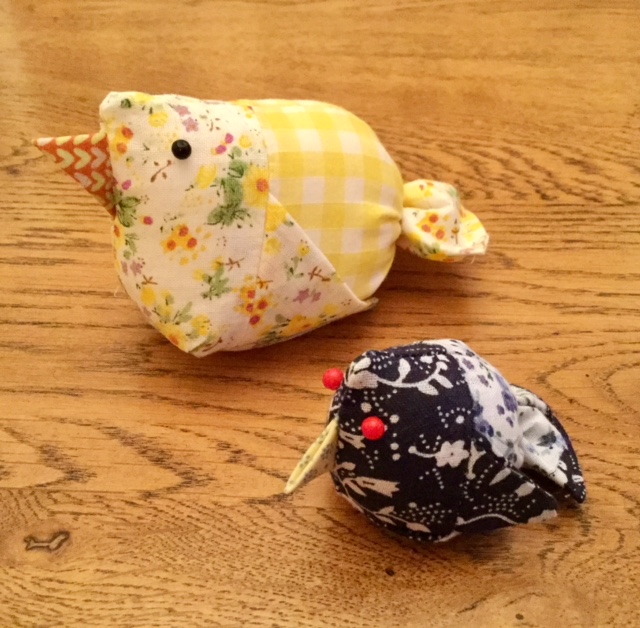 This time his beak is the right way up but, although they are as per the pattern instructions, I thought his wings would look better the other way up ... and his tail was far too short.

I had a play with the tail and he did instantly look better, though still quite 'fishy'. 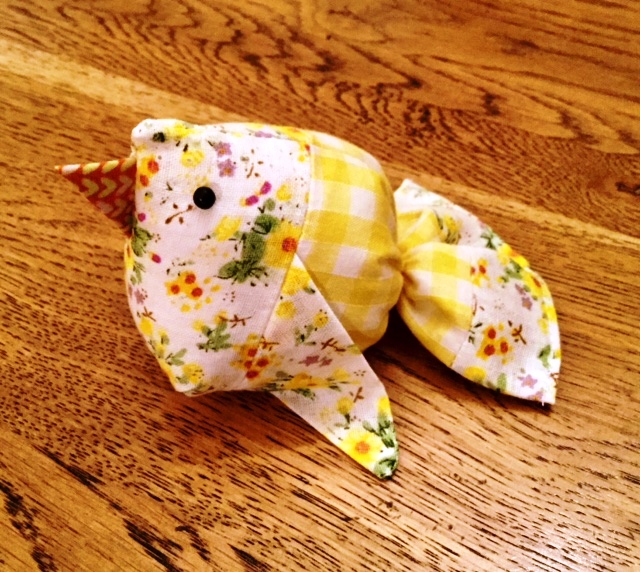 So, with Martin in bed and the snow falling outside, I was ready for my last ditch attempt and cut out enough fabric to make five ... I was feeling optimistic. 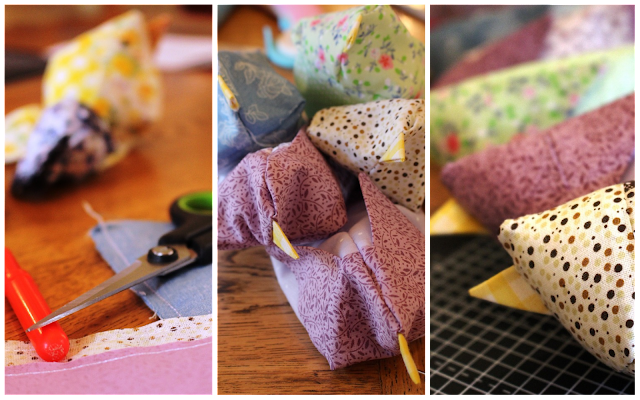 Three hours later and I think I've cracked it ... 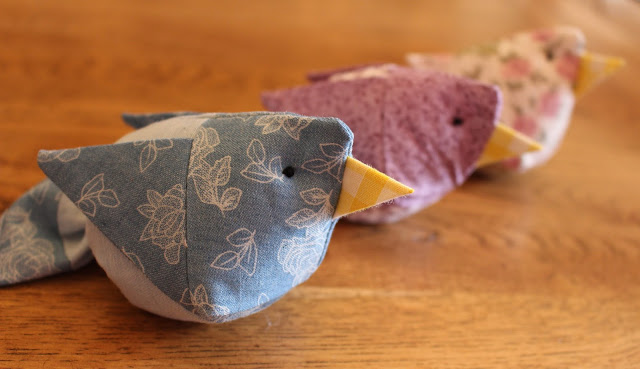 The beaks and the wings are all the right way up, the tails look in proportion, they do look quite like birds ... 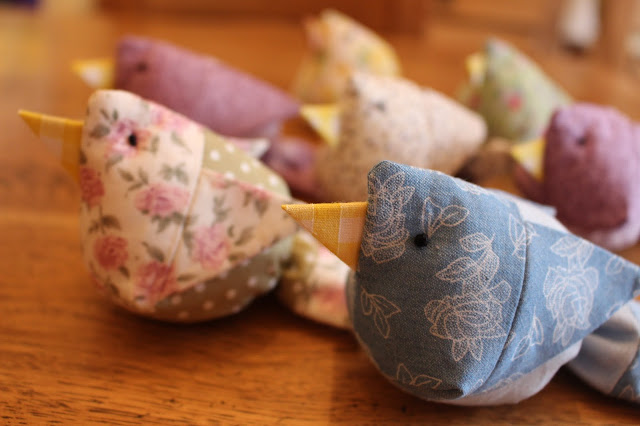 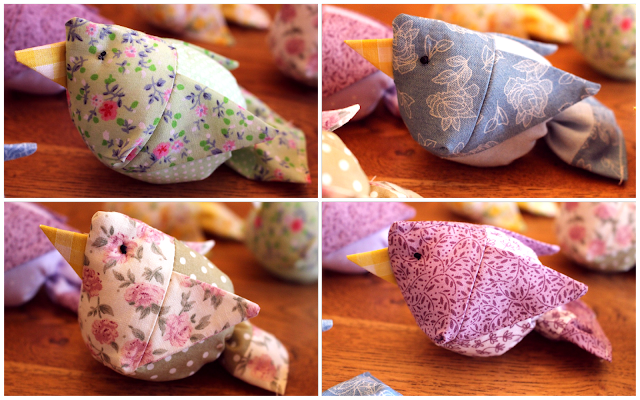 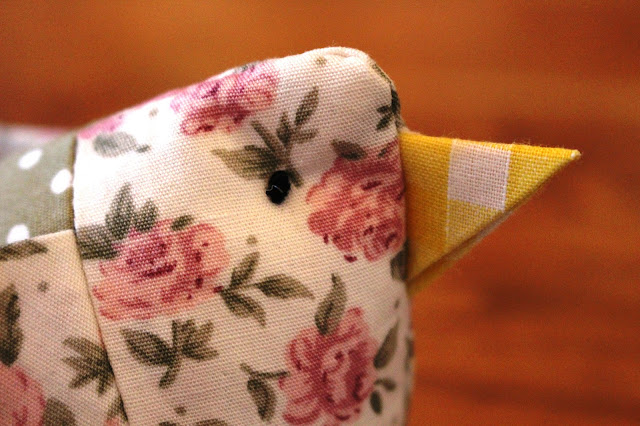 I am considering attaching a fishing line loop to see what they will look like hanging up ... or flying, after all they are birds.

By the time I'd stopped for lunch and had a good tidy up it was gone 3.00pm, so not much of the day left. Just enough time to have a go at making this banana and sultana flapjack I've been meaning to have a go at. 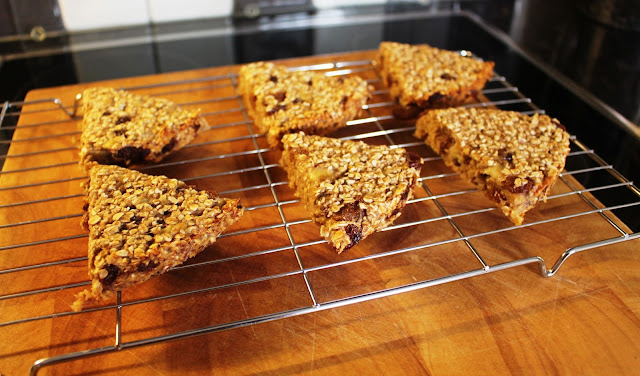 So, a fairly productive day all in all 😊

I decided to have another crafty day and finish off the last of the crocheted sloths I seem to have been working on for ages.

I did manage to get him finished so all four are now ready to be shipped off to their new home ... 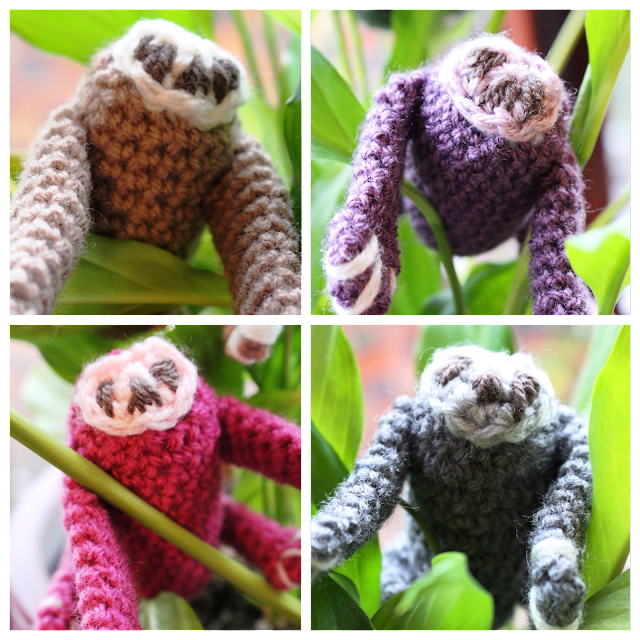 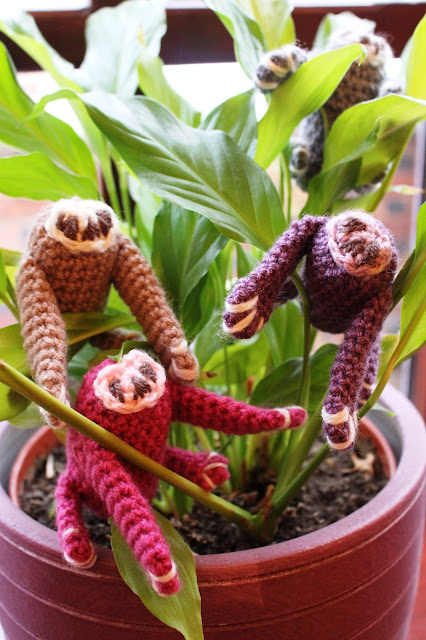 And that was pretty much my weekend really. No gardening, no housework, just lots of chilling out crafting ... perfect 😁

If you had snow wherever you are I hope it didn't spoil your plans. Surely that must be it now, we are definitely ready for Spring over here 🌷🌸🌹🌺🌻🌼