A Fortnight in Cornwall #5 - A Wet and Windy Weekend

It was Thursday, Lesley & Tom's last full day, and there was nothing but rain forecast all day.

We all met up for breakfast at The Weir then it was off to the supermarket for us for all we needed to put together an afternoon tea for everyone back at West Holm.

We managed to easily fit the nine of us round the table in the conservatory, though we did have to resort to emergency chairs, but no one seemed to mind too much. 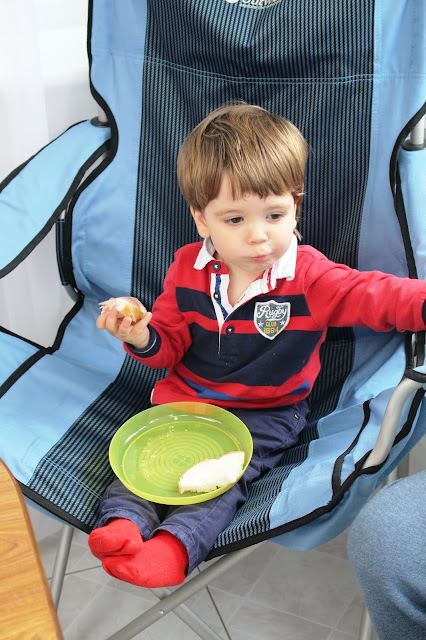 We had a lovely afternoon. We ate lots, were well entertained by the little man, especially as he discovered a love of pickled onions and spent the majority of the afternoon snuggling with Martin on the sofa, and played board games in the conservatory. 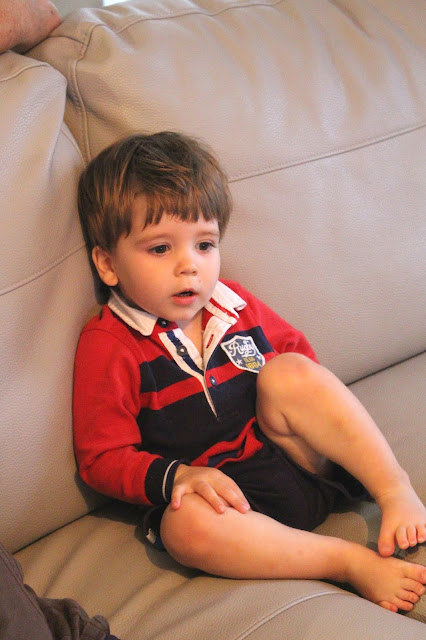 By the time everyone headed off we were shattered and spent the rest of the evening watching TV and listening to the sound of storm Bronagh lashing down on the conservatory roof.

Friday ... and Lesley and Tom were heading home. We were looking forward to a nice slow relaxing chilled out day, with no plans to go very far at all.

The forecast was for rain and more rain. Looking out of the back window early doors we were treated to the sight of this rainbow. 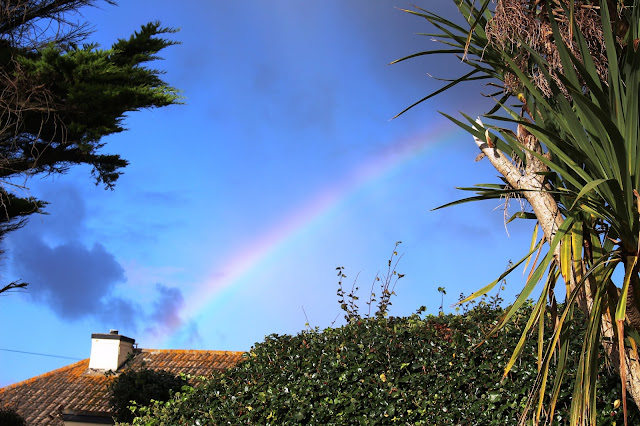 I just managed to capture it and say how lovely it was, and that it didn’t look like rain, as Martin said ... it’s chucking it down ... maybe we will just stay here. And we did, until about 3.30pm when David, Alison and Bobby swung by for a walk on the beach, so we waterproofed up and battled the wind for a bracing walk along the beach at Widemouth Bay. 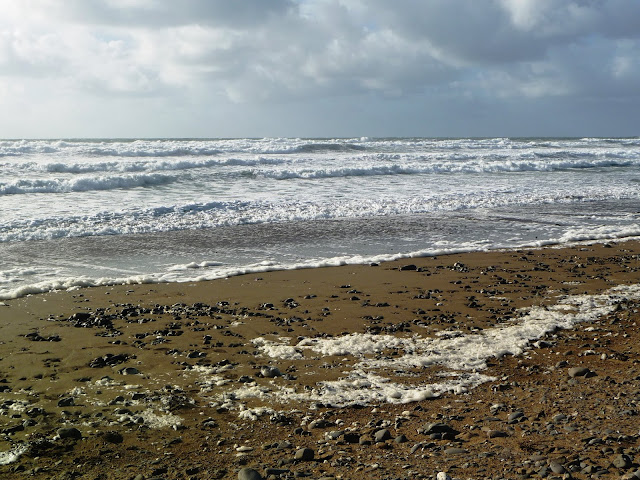 The Little Man absolutely loved the beach and wasn't bothered in the least by the wind or the weather. He was happy just running about ... 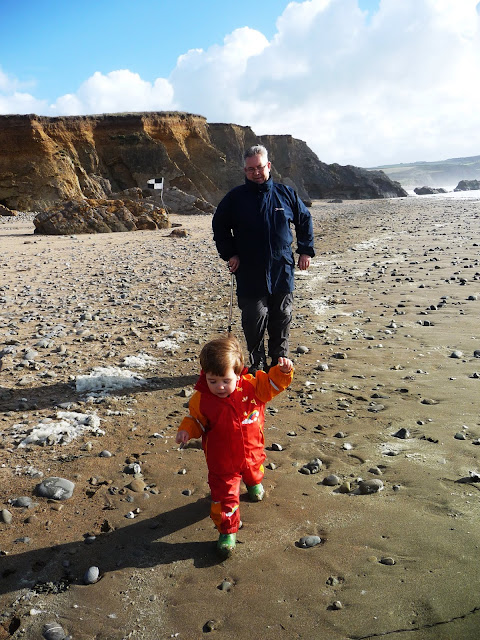 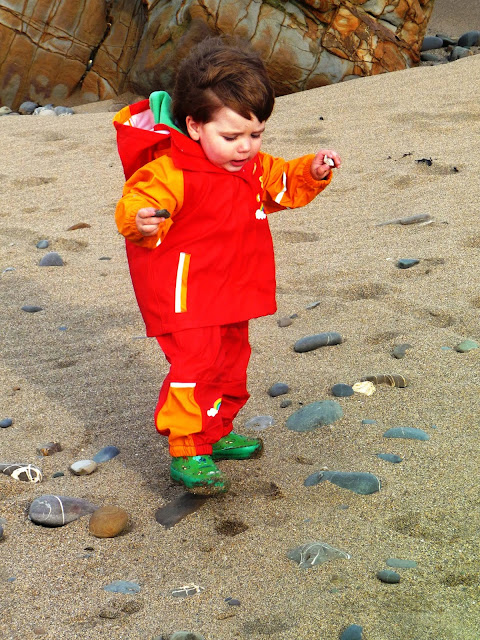 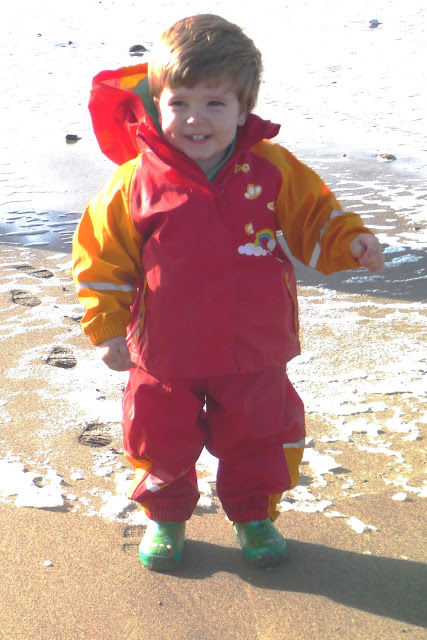 ... and getting re-acquainted with Martin's stick ... 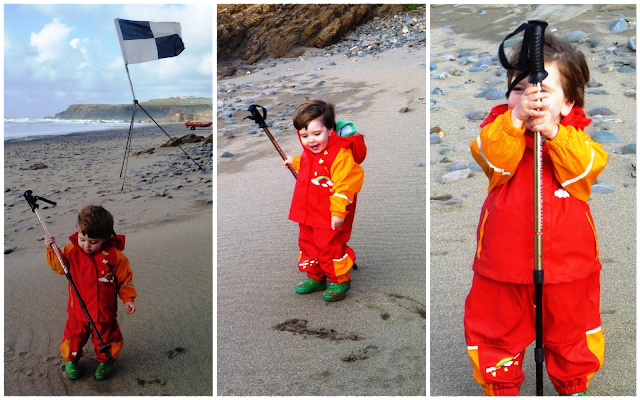 He was far too busy to be posing for photographs ... 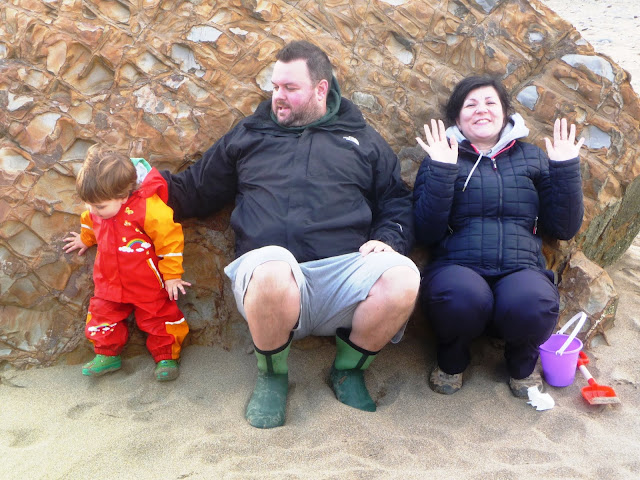 The forecast for the whole weekend was looking grim, with plenty of rain forecast. On Saturday we had a late get up and lolled around in our dressing gowns, just listening to the rain, trying to decide whether or not to venture out.

We did get dressed ... but the rain didn’t stop all day and we only ventured out to the supermarket to get what we needed for tea.

It was a lovely relaxing day. I managed to finish my second book and we settled down to home made chicken dopiaza for tea in front of Strictly and the X Factor.

Sunday was very much the same weather wise, though the forecast looked better later on. We spent another wet and windy morning lolling around West Holm, not doing very much at all. Mid day we headed over to see David, Alison, Bobby and Mum and Dad for pizza and games, hoping that we might get out a bit later.

We ate lots of pizza and had a couple of games before the sun did put in an appearance and we headed back to Widemouth Bay beach for a bit of very windy kite flying. 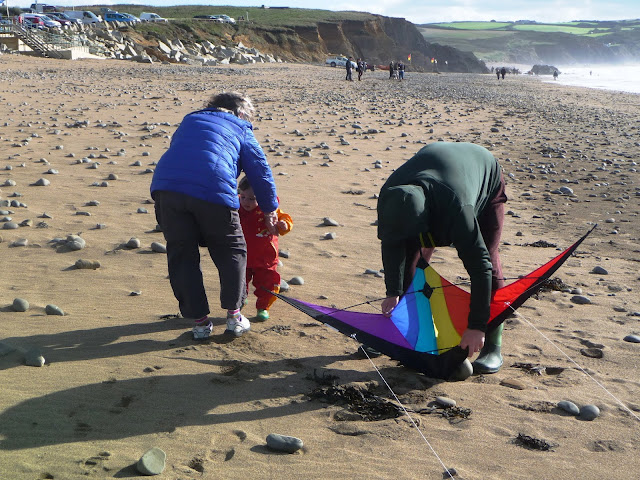 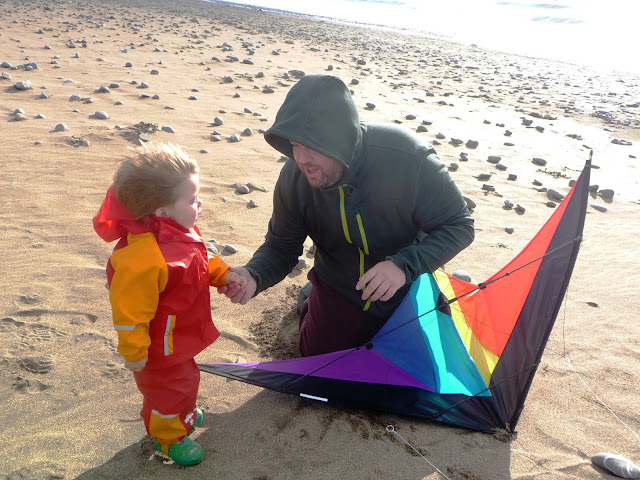 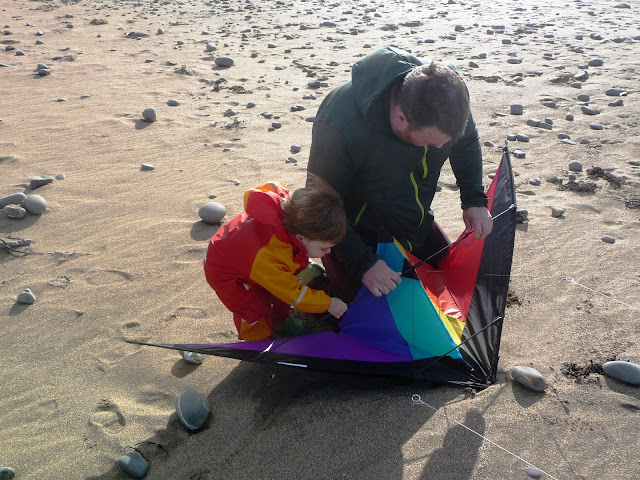 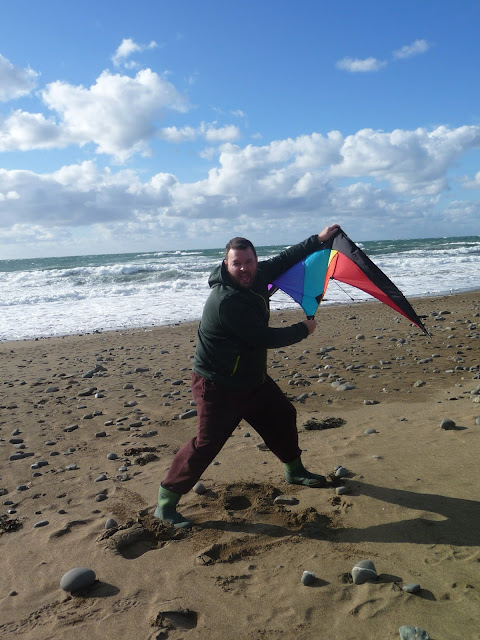 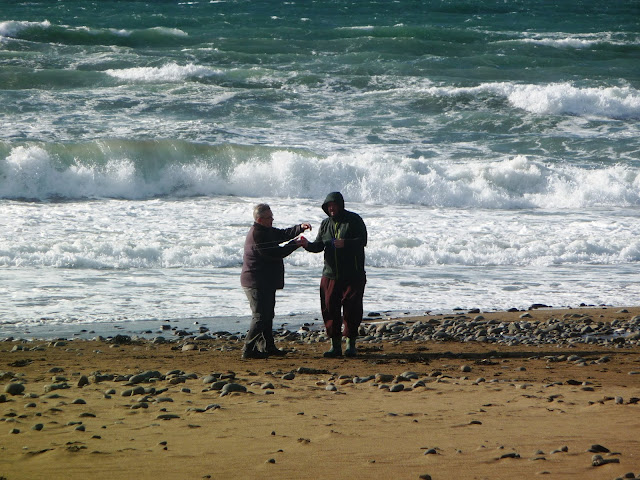 We finished off the afternoon and the weekend with hot chocolate in the warmth of the Widemouth Bay cafe, before spending the evening curled up in front of the last episode of The Bodyguard ... oh the suspense 😀

Email ThisBlogThis!Share to TwitterShare to FacebookShare to Pinterest
Labels: Beautiful Britain, Cornwall, Friends & Family, Life of Pottering, Out and About, Seaside