Exploring East Devon #3 :: Back to Exmouth

After a couple of really full days visiting Budleigh Salterton and Exmouth, we were both feeling a bit knackered so on Tuesday we decided on a quick ride into Sidmouth followed by a visit to Waitrose.

Well Sidmouth was heaving so we decided to give it a miss and instead headed to Beer for a quick look, followed by a very quick call in at Branscombe on the way back. Both worthy of a revisit when we were feeling a bit more energetic.
On Wednesday we met up with two sets of friends, who both happened to be on holiday in the area at the same time. As Oakhampton was about the mid-point for us all we ended up at The Tom Cobley in Crediton. It was a bit of a drive but it was well worth it. We all meet up every year for a few days away and this year's break has been postponed to next year as a result of our earlier lockdown so we weren't expecting to all be able to get together.
It was lovely to catch up. It was another glorious day so we were able to eat outside in the sunshine, with plenty of space ... it was a real treat ... 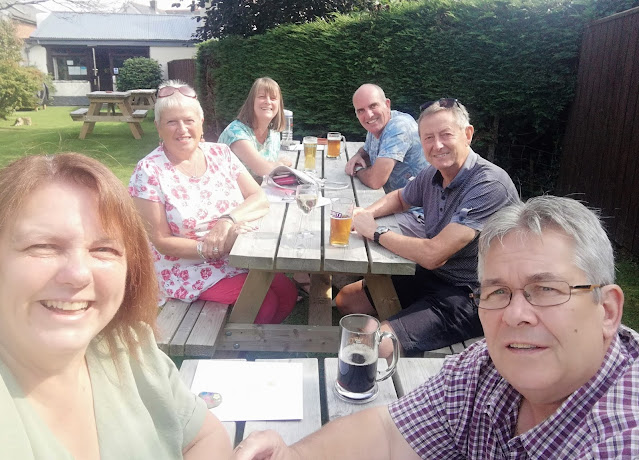 By Thursday we were ready for another big day out and decided to head back to Exmouth to explore the other end of the seafront.
We got really lucky and managed to find a parking spot in the small car park on the Pier Head. It was a lovely spot and perfect for being able to explore the new Exmouth Quay development and that end of the coast. 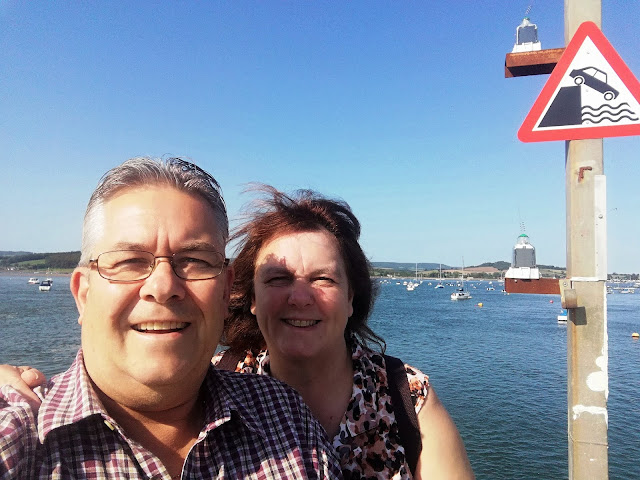 We decided we would start out exploring the Quay area, then have lunch sitting out the back of the car, before walking back along the prom as far as the lifeboat station. 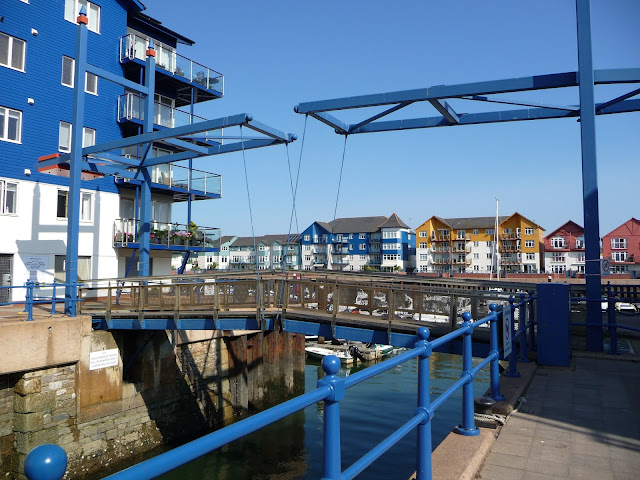 As we'd never visited Exmouth before we have no idea of what the quay area used to be like, but it has been redeveloped really well. It is stunning and so full of colour ... we really loved it.
We started out by crossing the footbridge that you can see in the above photo and we basically followed the footpath which takes you alongside the sea and the river and around the outside of the development ... 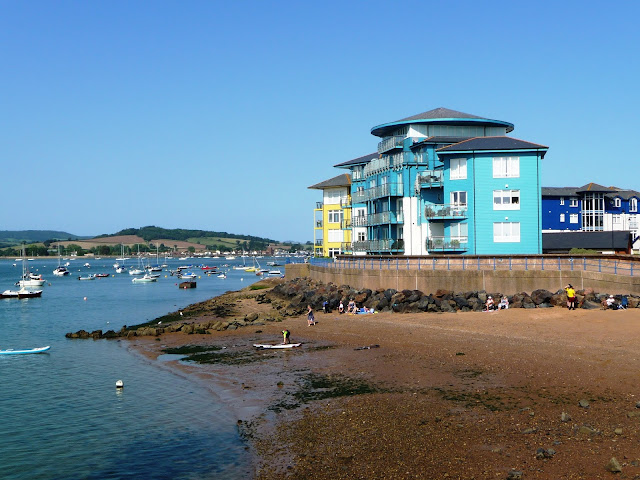 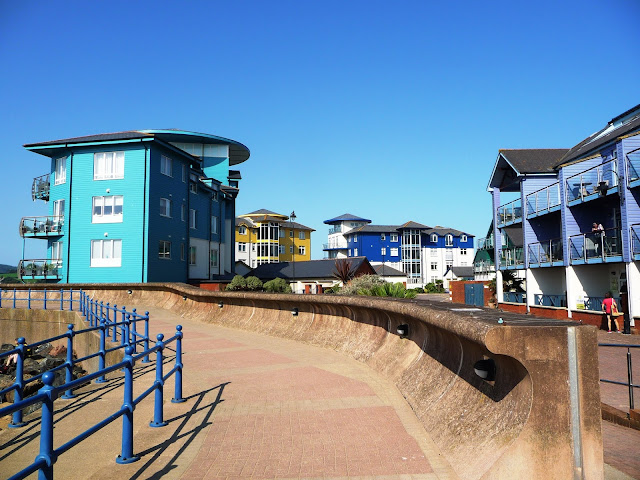 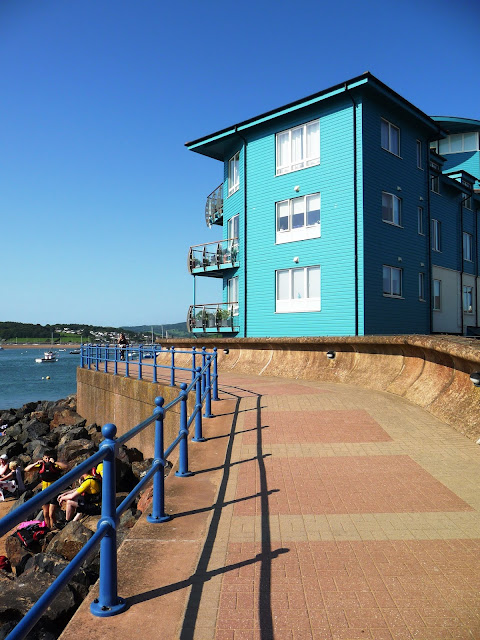 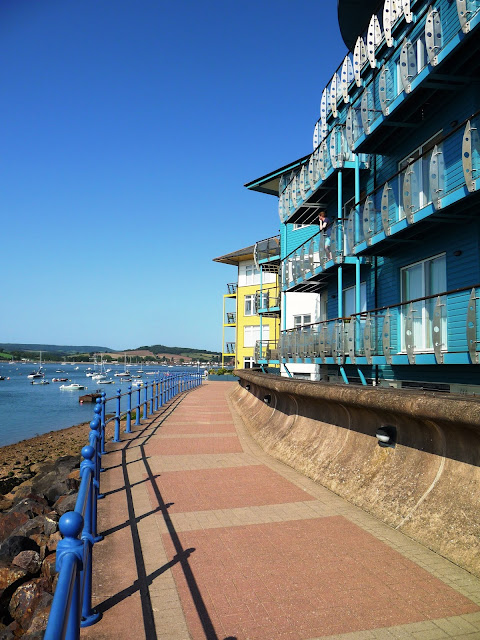 We were blessed with another absolutely glorious day and everything was just so vibrant. It was just lovely.
As ever ... we were on a bit of a mission, hunting for clues as we wandered ... 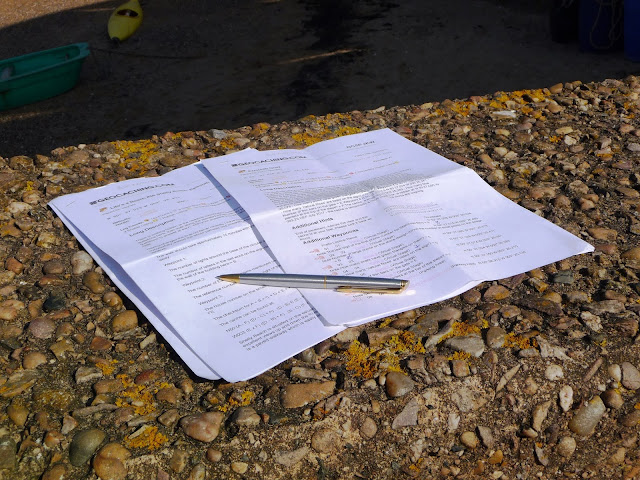 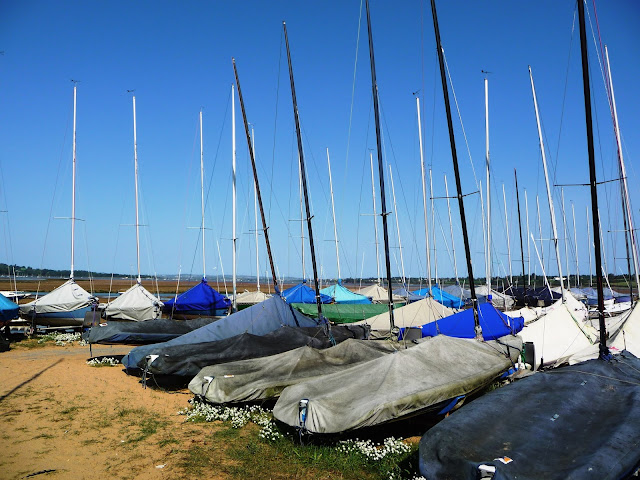 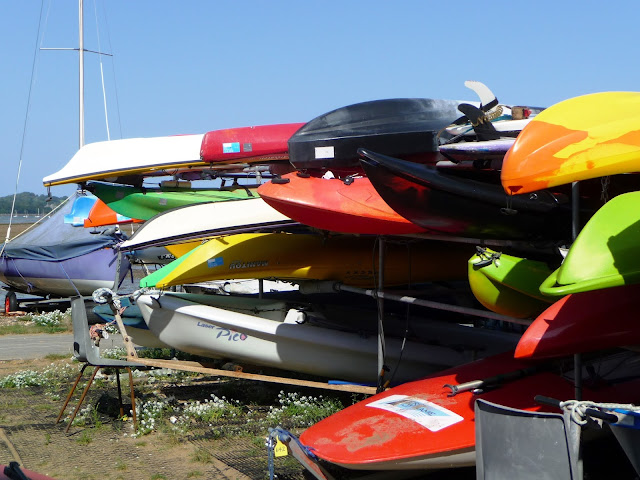 We walked the full circle of the quay, the path bringing us back to where we'd started, where we sat for a while at one of the restaurants and had a breather ... 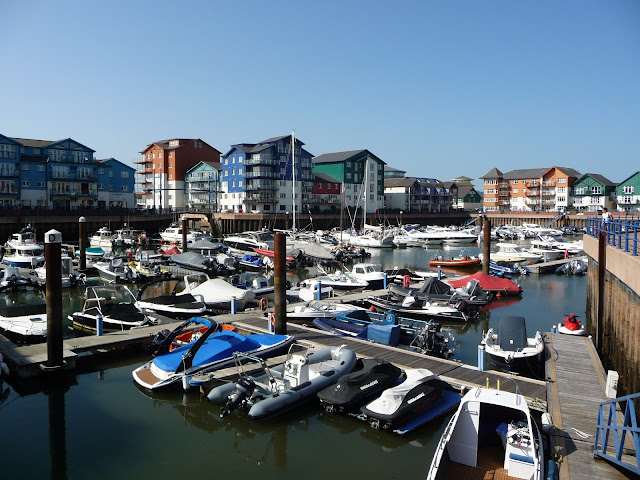 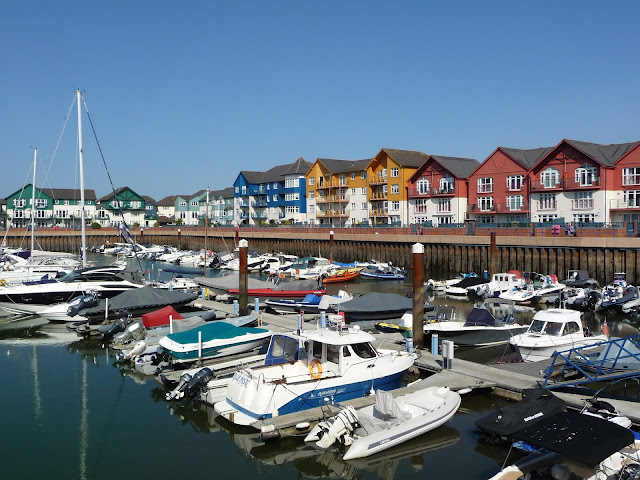 We decided it was time to head back to the car for lunch ... 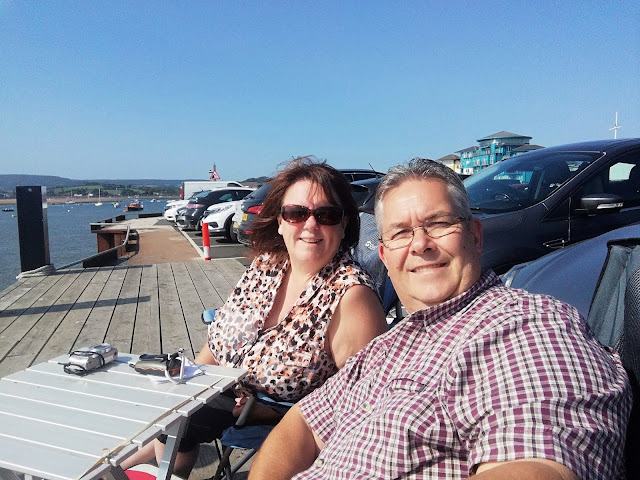 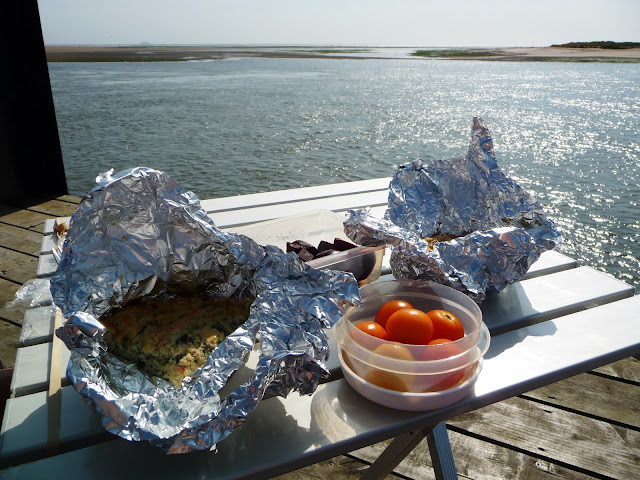 We could have sat there for hours just watching the comings and goings on the water ... it really was a lovely spot ... 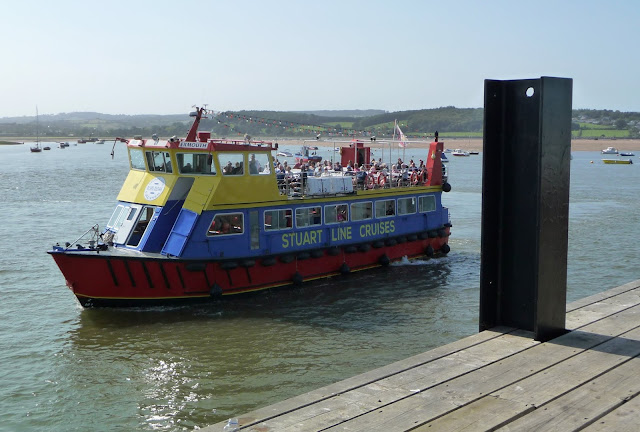 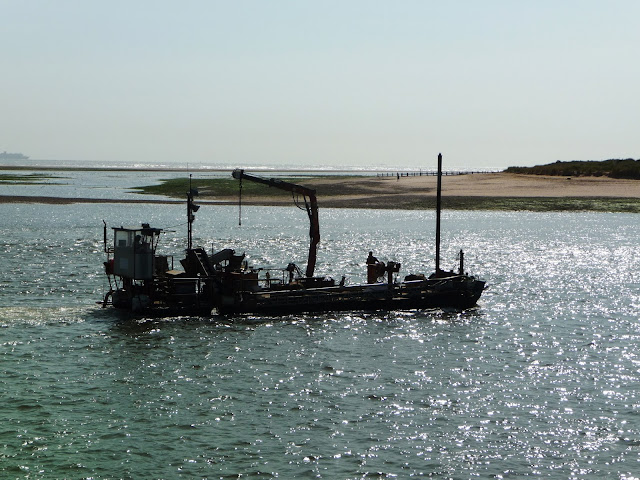 Eventually we dragged ourselves away from the view for a wander along the front back towards the clock tower and the lifeboat station ... 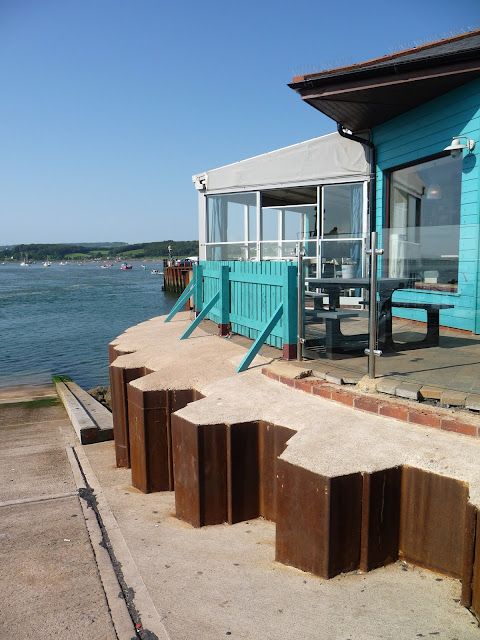 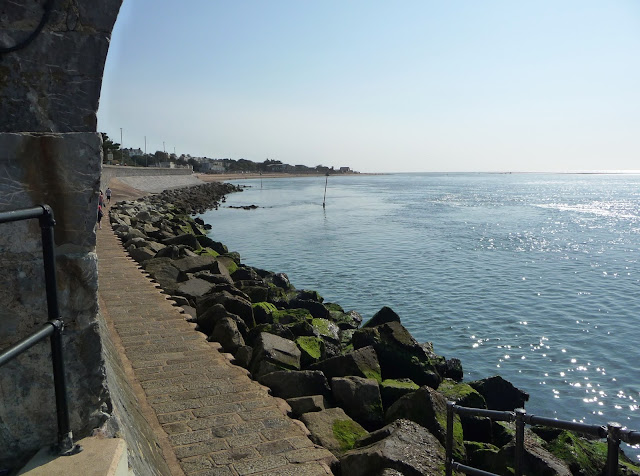 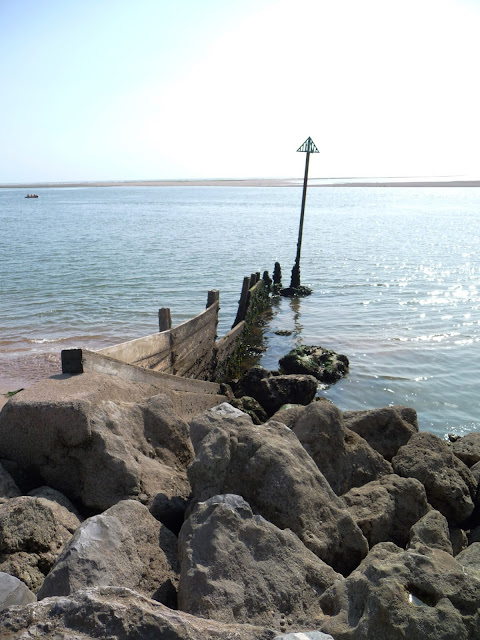 We seemed to make it to the clock tower pretty quickly ... 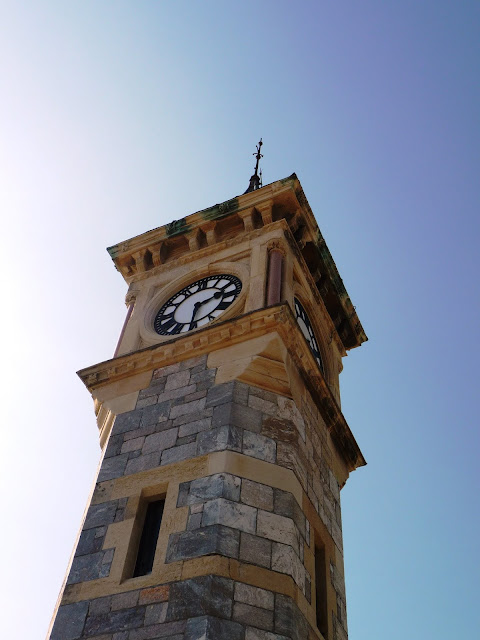 There was just one more thing we needed to do before heading back to the car. We were attempting our first 'Webcam' Geocache ... where you have to actually capture a screenshot of you on a local Webcam. Well here we are ... pretty much smack bang in the centre of the shot ... struggling to take a screenshot, but we got there in the end ... 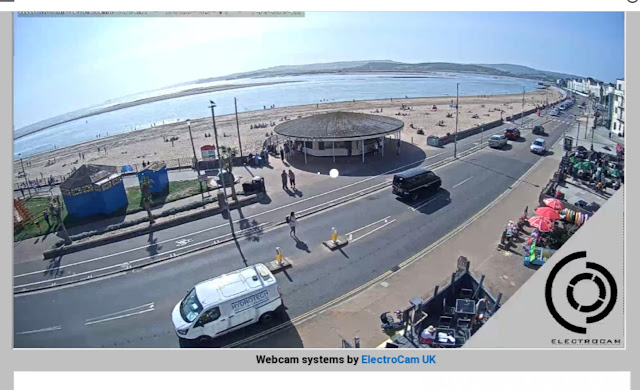 Email ThisBlogThis!Share to TwitterShare to FacebookShare to Pinterest
Labels: Beautiful Britain, Devon, Exmouth, Life of Pottering, Out and About, Seaside