Whilst Will's personal diaries don't begin until 1917, we have found a page at the back of his 1917 diary that details his specific whereabouts for the earlier parts of the war.  For the later parts Will just lets us know whether he was in England or in France.

Though it is quite difficult to read, I have scanned the original version as it's a lot more poignant than just reading a type written list.  In case there are bits that you can't read, I have added a transcription below. 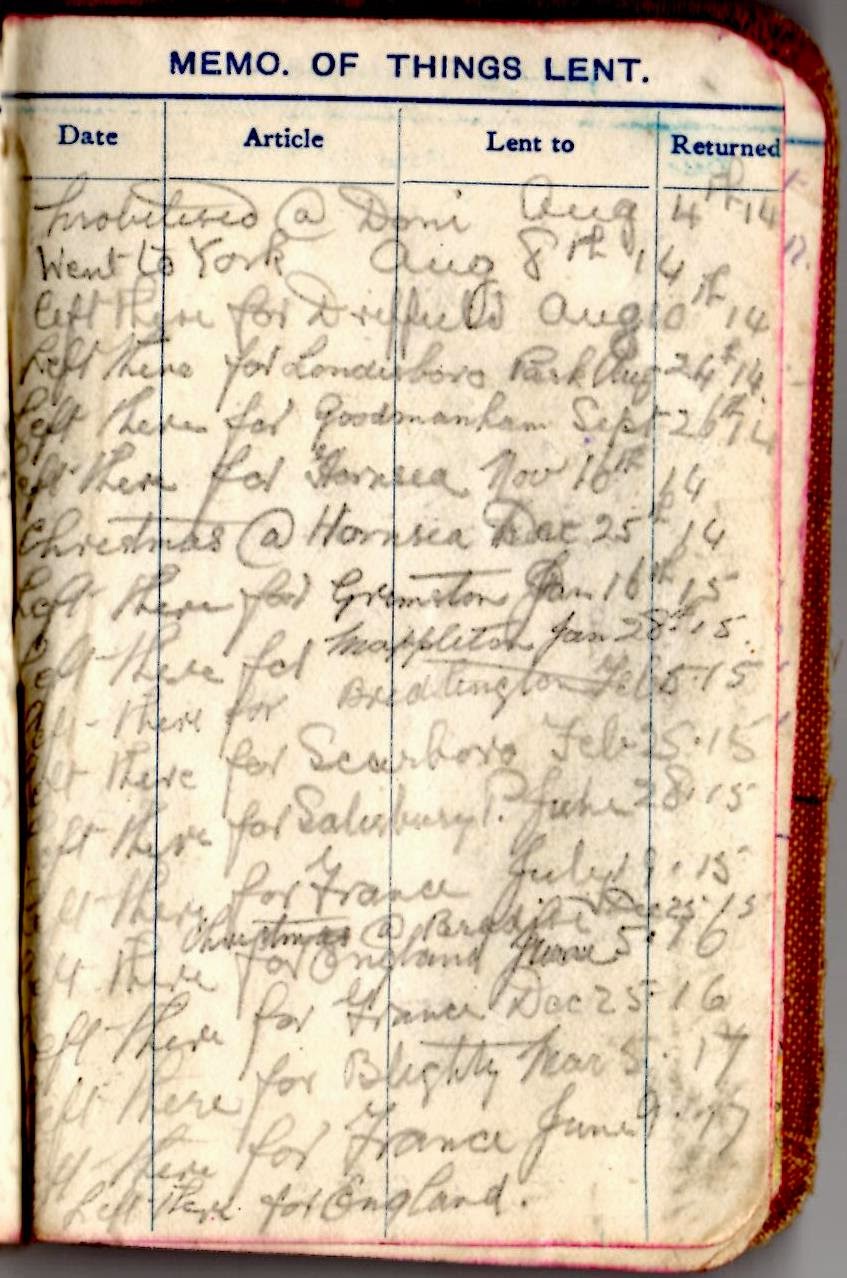 As you will know from my previous post, from looking at the dates and locations mentioned in Will's diary, we have come to the conclusion that, at the beginning of the war, Will served with 'C' Squadron of the Queens own Yorkshire Dragoons and, as such, set out on his first of three visits to France in July 1915.

In August 1914, prior to leaving for France for the first time, the Yorkshire Mounted Brigade, including the Queen's own Yorkshire Dragoons, was dispatched to patrol the Yorkshire coast, with the Dragoons responsible for patrolling between Filey and Withernsea.  Will moved a number of times, with 'C' Squadron, around the East coast, before finally ending up at Bulford Camp near Salisbury Plain, which is where, on 19 July 1915, the Company started out on their journey to Havre in France.


From using Will's notes of his whereabouts we have now been able to apply dates to some of the collection of postcards and photographs we found in Peggy's belongings.  Peggy was Will's only daughter and Martin's mum.

I think now is a good time to introduce you to Ethel Walshaw.  Ethel was Will's sweetheart and, whilst we have not been able to find out exactly when they met, we have now managed to confirm that they must have been together before the War began. 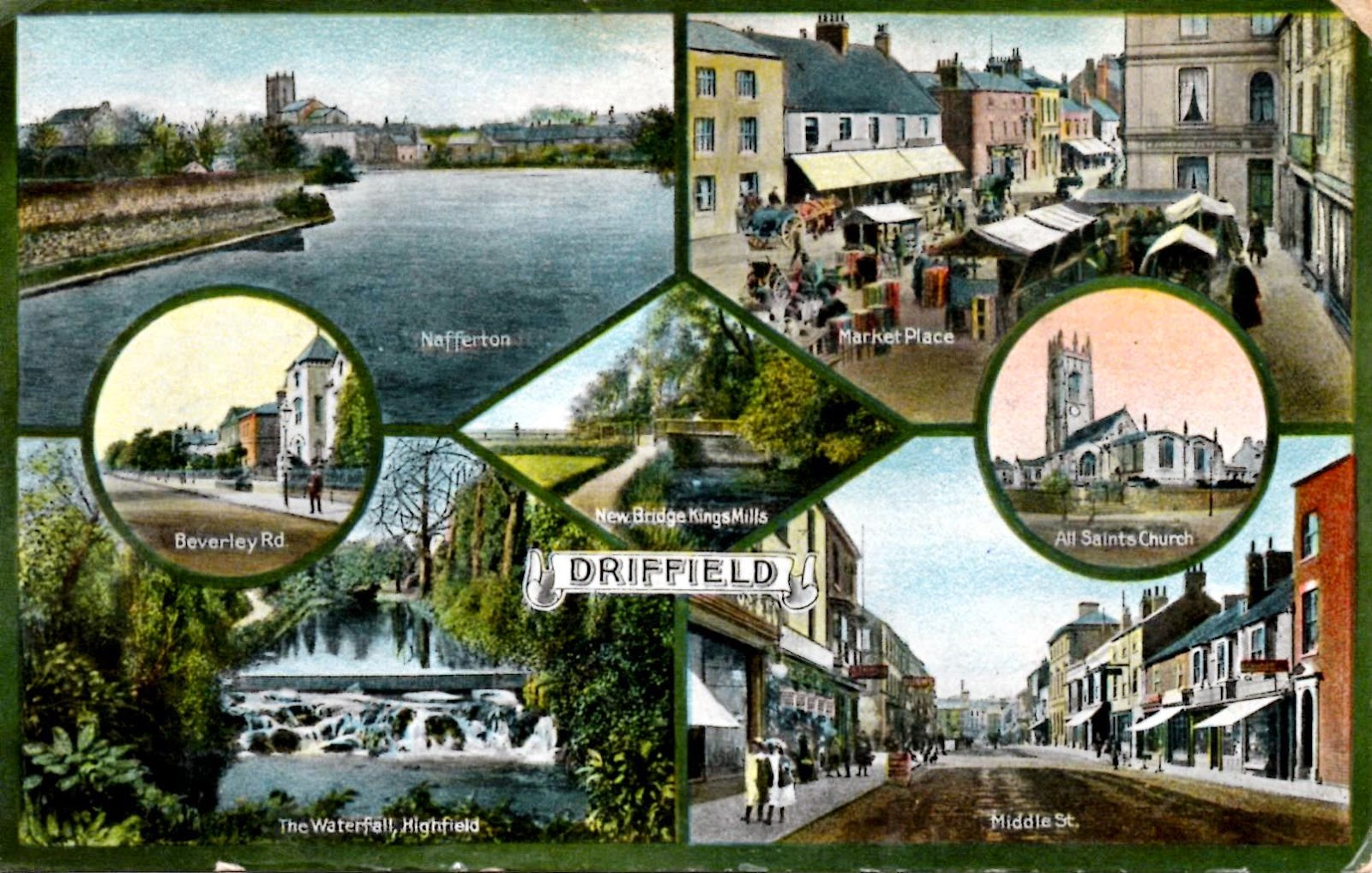 This postcard was sent from Will to Ethel on 28 August 1914, from Driffield, which is one of the first places that Will was based at following the outbreak of war.  It is the first of many cards that Will sent to Ethel and we know, from reading his diaries, that they corresponded profusely throughout the course of Will's time in active service. 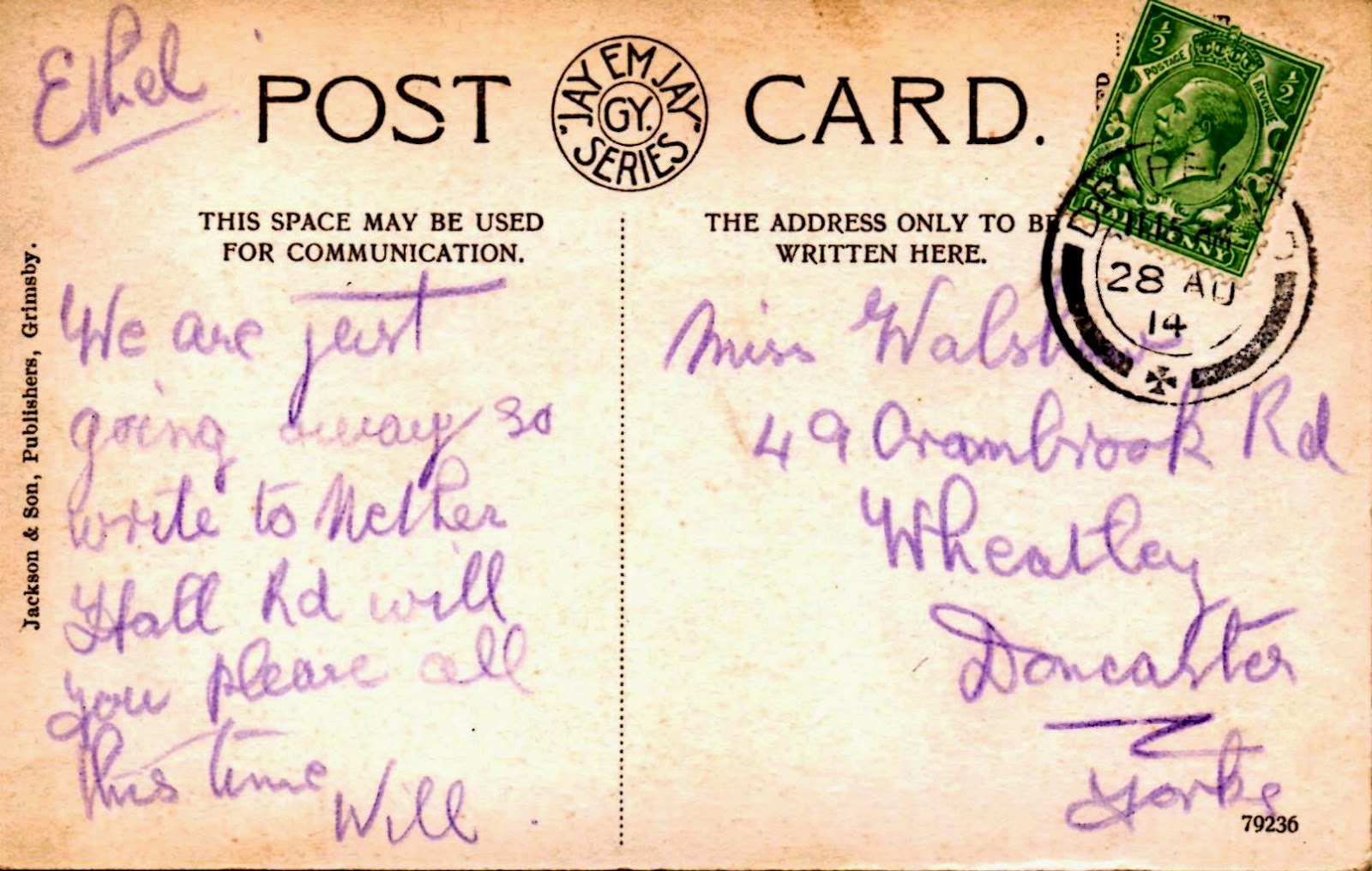 Sadly, other than the mention in Will's diaries as to when he heard from Ethel, we have no evidence of any letters or cards that she may have sent to him. 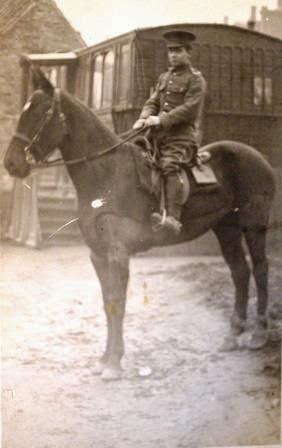 As you'll recall, when Will joined the army he was a blacksmith and The Yorkshire Dragoons was a mounted brigade.  Whilst the brigade was not involved in any mounted activity during the war, this photo shows Will on his horse. 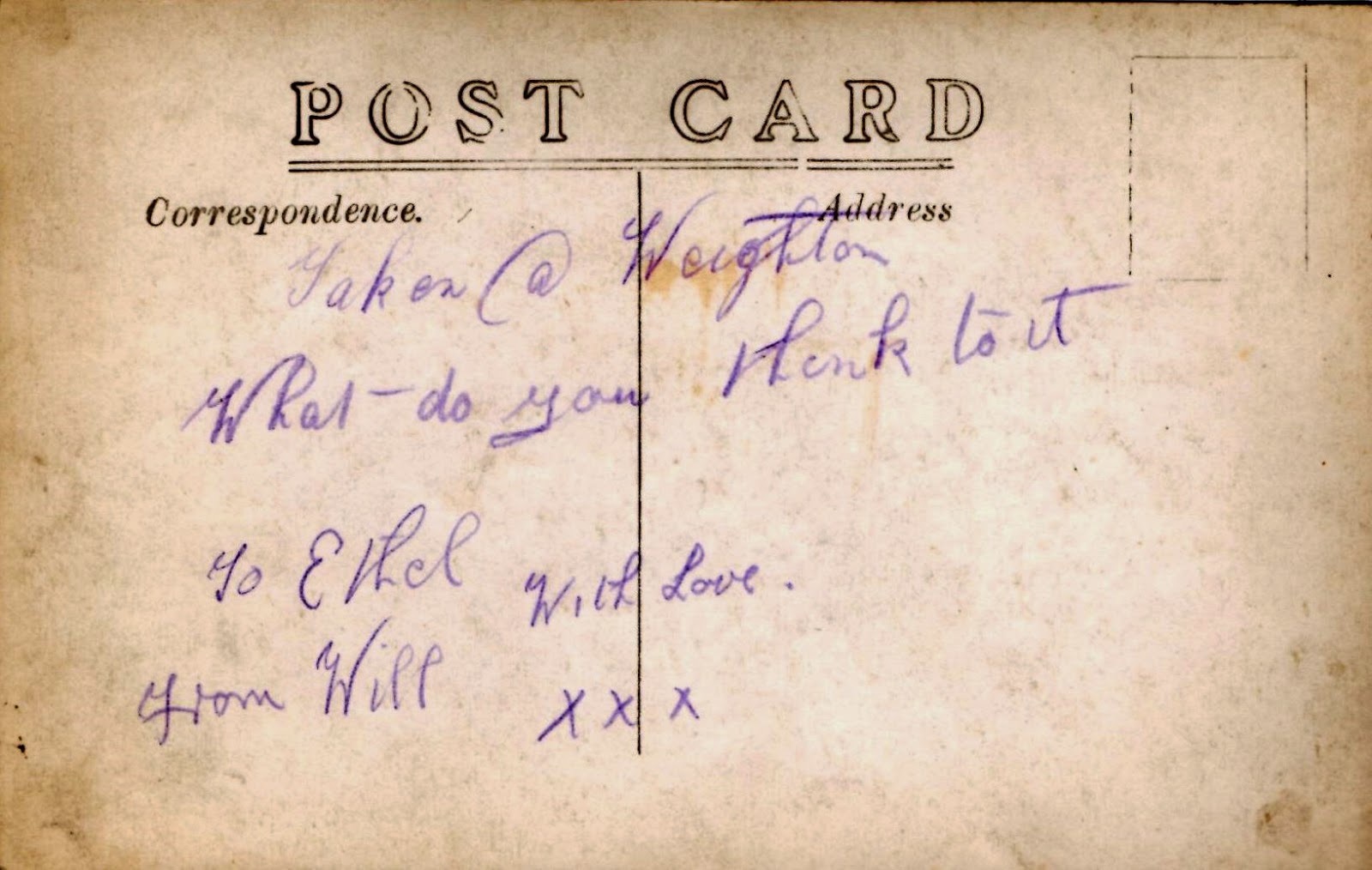 Will has written on the reverse of the photo that it was taken at Weighton. We assume this was Market Weighton, which is close to Goodmanham, one of the places that Will was based at before leaving for his first visit to France in July 1915.


Will's last base in England was Salisbury Plain. The two cards you can see below were sent from Will to Ethel on 10 July 1915, 9 days before the Squadron departed. 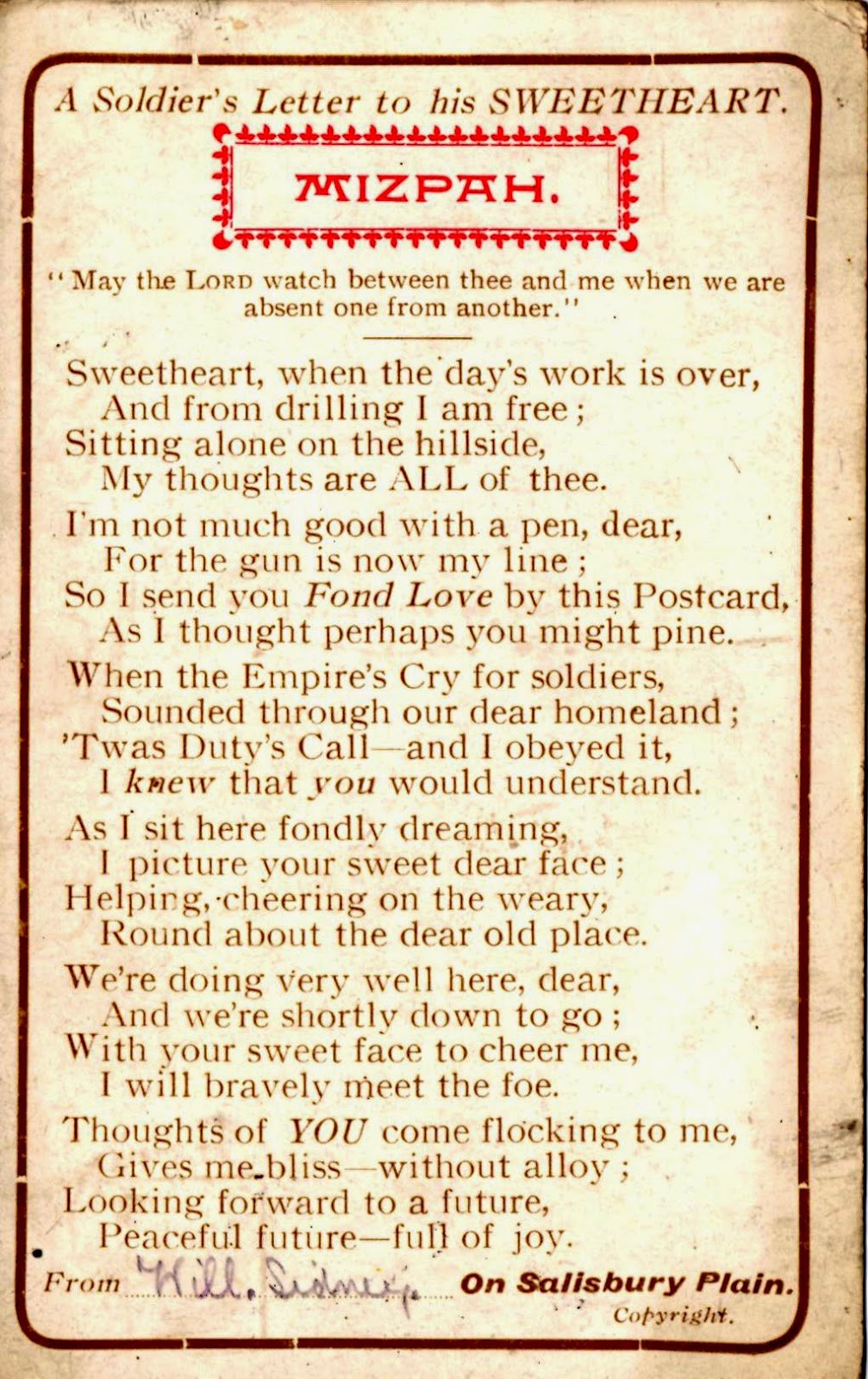 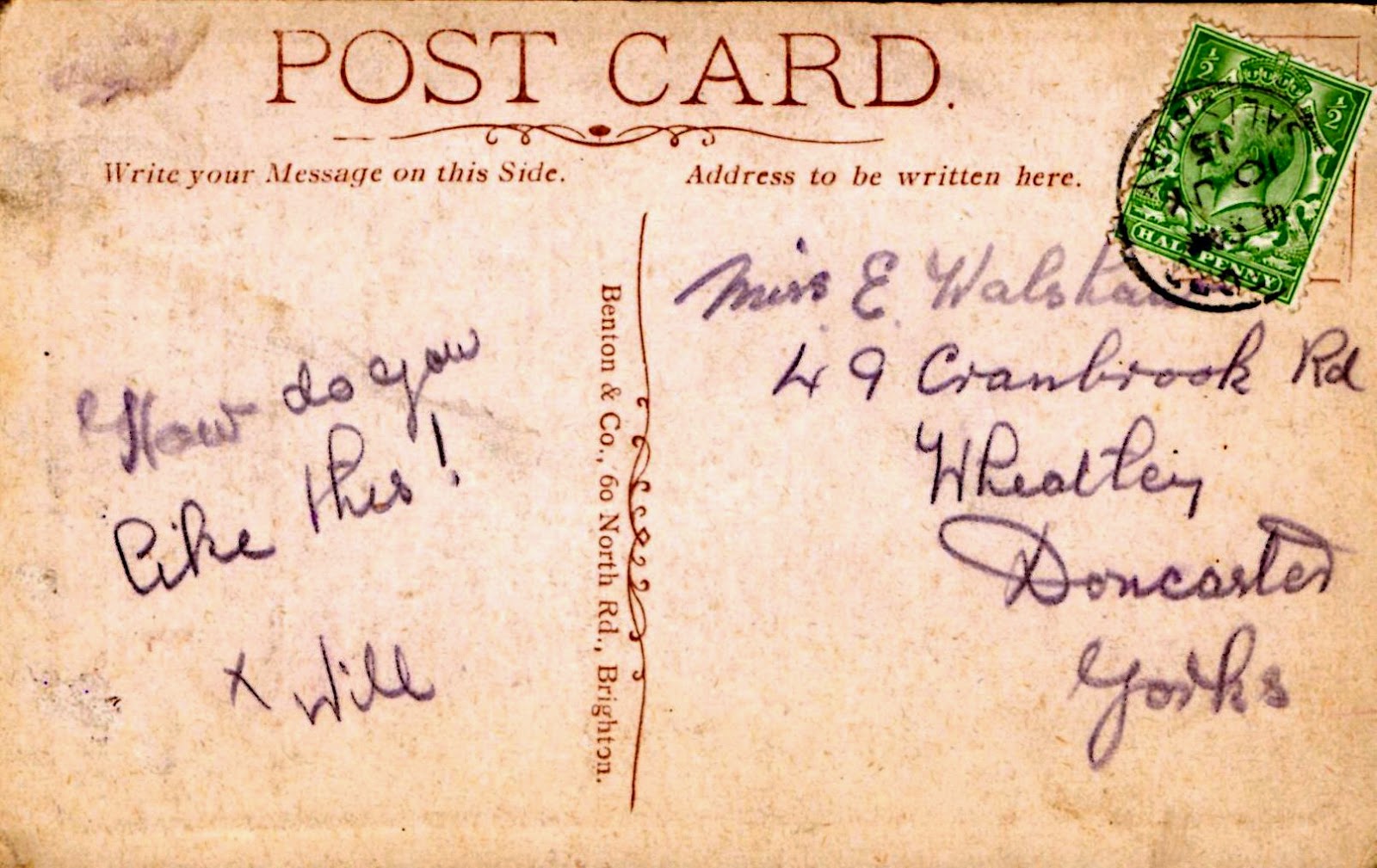 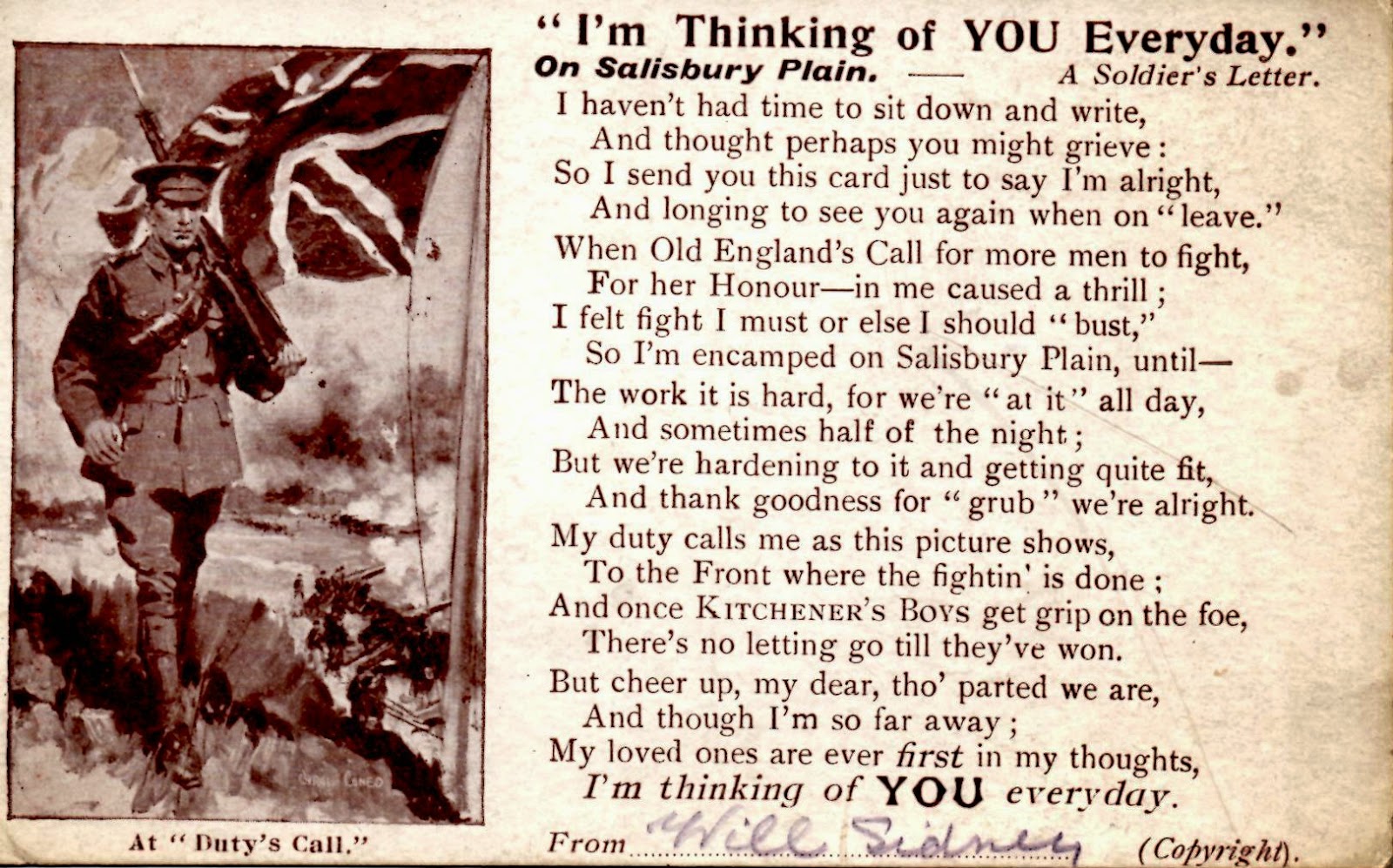 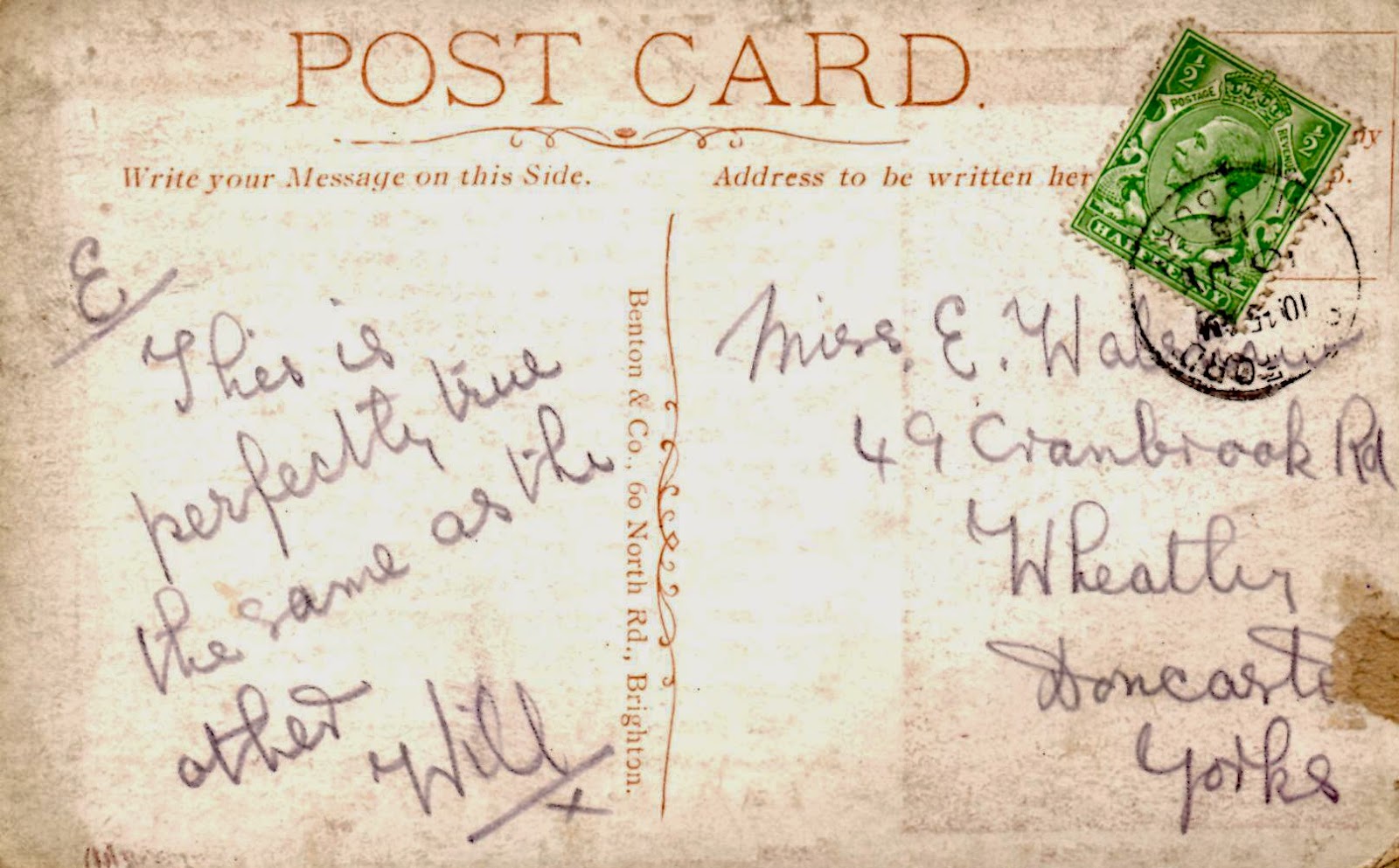 In what must have been his last correspondence with Ethel, before leaving for France, Will sent this photo on 19 July 1915, the day the Squadron left for France.  Will is 3rd from the left on the back row in the photo. 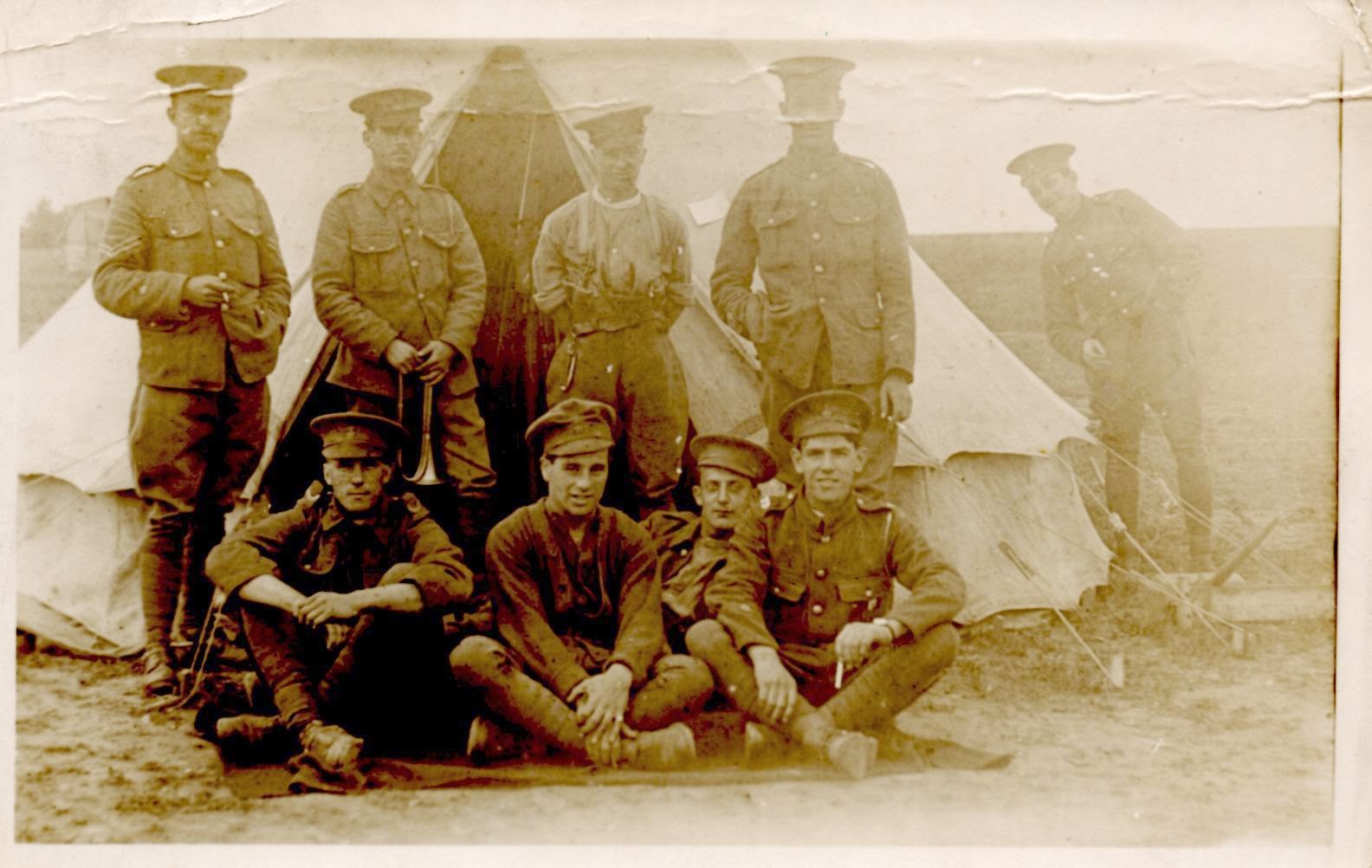 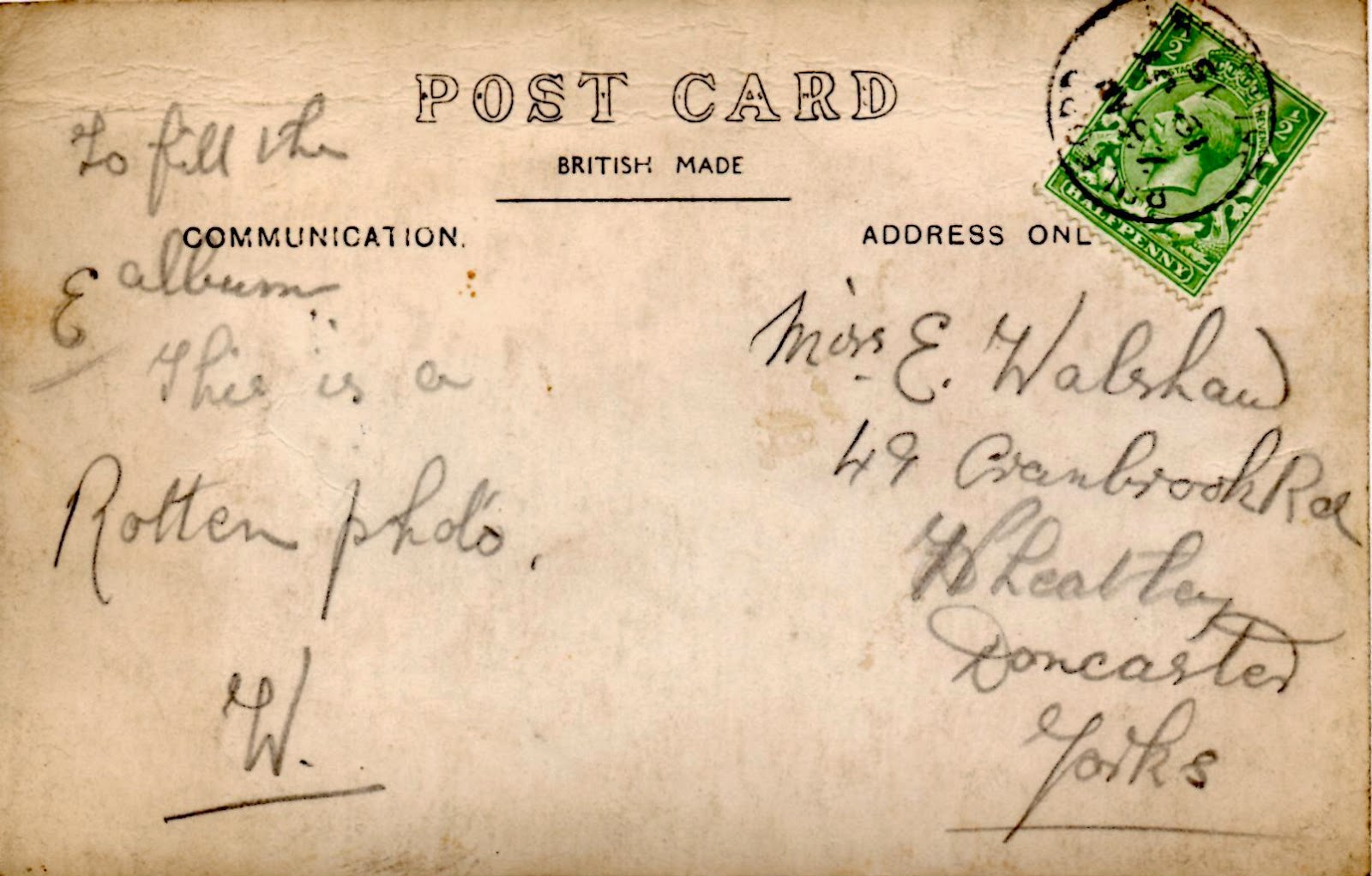 We have no idea as to the identity of any of Will's colleagues shown in the photo, and we can only begin to imagine how they were feeling about what lay ahead.