I can't quite believe I've not done an update on Will's WW1 story since back in March, but with this Sunday being 11 November, I felt it was fitting for me to pick up on the last leg of his WW1 journey. 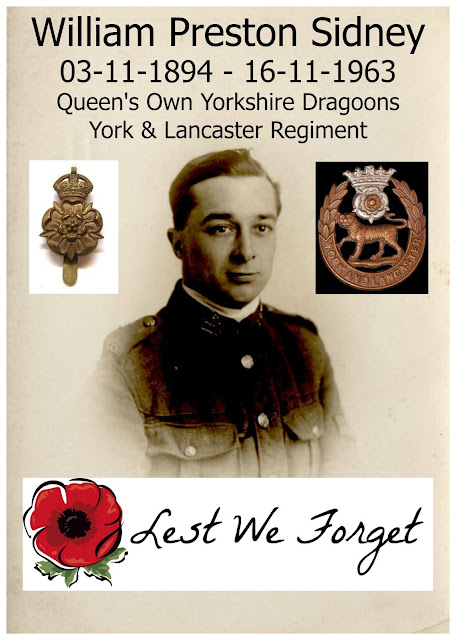 When we last left Will it was 15 January 1919 and he was just beginning a period of 10 days leave.

After this period it has gotten a little difficult to track Will's movements. We have been unable to see what happened to Will after his January leave finished as there are pages missing from his diary.  The next entry is on 13 March 1919. 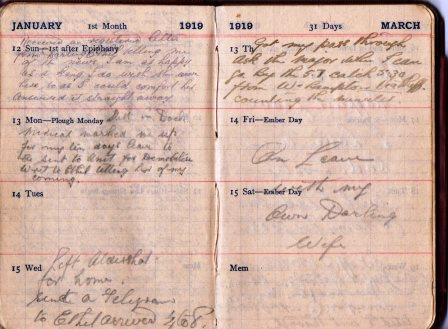 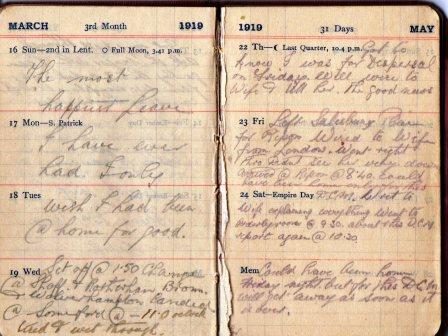 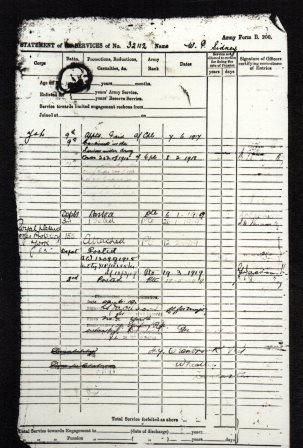 His own personal diary jumps to 22 May, where Will seems to having some kind of problems with his final journey home ...

"23 Fri - Left Salisbury Plain for Ripon. Wired to wife from London. Went right thro. Didn't see her, very down. Arrived @ Ripon @ 8.40. Could have been home only for this DCM."

"Could have been home Friday night but for this DCM. Will get away as soon as it is over."

This is the last entry in Will's diary.

After following his journey from February 1913, when Will first volunteered to join the Territorial Force, I am quite sad that there are no more of his pencil scrawlings to decipher.

The only other thing of real interest that we found between the pages of Will's 1919 diary was this newspaper clipping, though we have no idea of the date it was printed ... 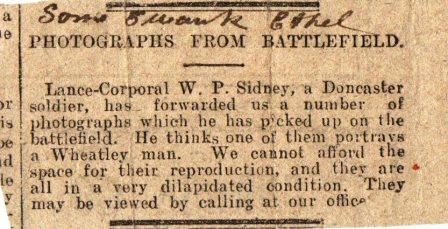 Within Will's official war record we have been able to find a copy of his Dispersal Certificate, his Protection Certificate and Certificate of Identity and his Statement as to Disability, which were issued on 25 & 26 May 1919 by the Dispersal Unit in Ripon. Perhaps this was what he was waiting for before being able to make the final leg of his final journey home ... 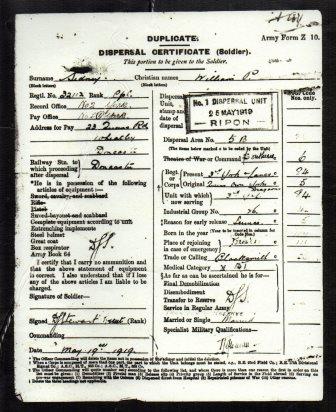 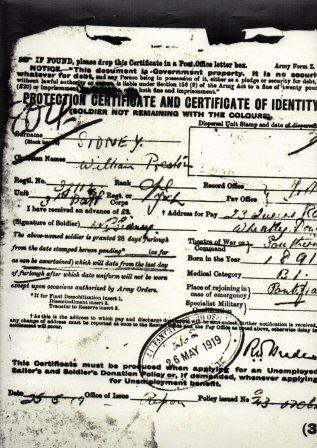 Within Will's own papers we have come across his Certificate of Disembodiment, dated 22 June 1919 ... 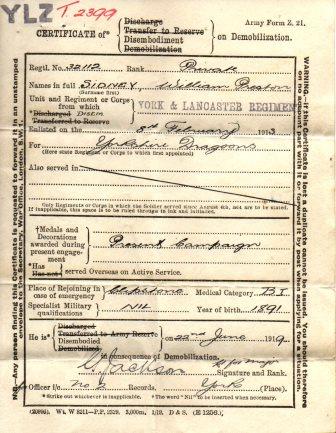 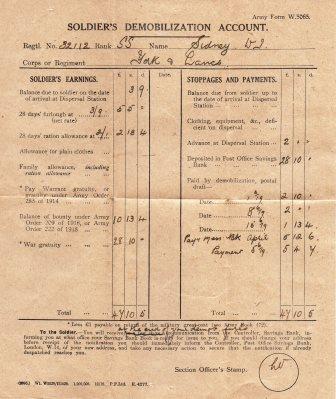 So, after volunteering for the Territorial Force in February 1913, being mobilised in Doncaster on 4 August 1914, three postings abroad to France, Belgium and Italy, months on end in hospital and a wedding ... Will's war was finally over. He was one of the lucky ones. He'd made it through an epic journey where so many others had fallen.

So, what's next for Will? I do have a few more bits and pieces to share about what happened to Will after the war, though it is a little sketchy in places. I also have quite a few more post cards and photos which I've not managed to fit in which I would still like to share, so I think there may be just a couple more posts to go to bring Will's story to its final conclusion.