At the beginning of February I shared the first of a new series of posts called 'The Reading Corner'. I ended up deciding to include the goal of reading at least two books a month for 2020 as part of my '50 Things to do before I'm 60' and I'm so pleased that I managed to achieve this during February ... giving me some more books to share with you for this month's post ...

We have a bag full of David Baldacci books that are just sitting there waiting to be read ... collected from the free bookshop in town, charity shops and friends over the last six months. He is a new author to me but Martin seems to have become taken with him, following being passed a book on from a colleague at work. 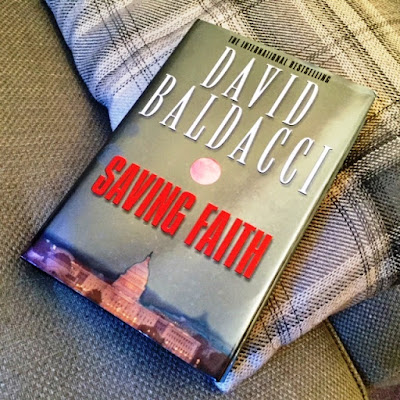 I’ve only read one so far and it was OK, but I wouldn’t say I was desperate to read another.

It was a dark and dismal Saturday afternoon at the back end of a week where I’d been struck down by a particularly rotten bug of some description. We’d not done much all day really ... paperwork and a bit of planning for a trip we are taking later this month. With sufficient time having passed for me to have moved on from my last book ... I decided I was ready to dive into a new read ..

I really don't like reading books that are part of a series out of order and having done a bit of research about Baldacci's books I knew that the only that we'd got that I could read without going out of synch was Saving Faith. I got settled in the comfy chair and decided to give it a go.

It’s all about that typical political intrigue that seems to be very common in Washington with the FBI and the CIA at odds, making me think a bit of Olivia Pope's Scandal shenanigans and what Alex Parrish got up to in Quantico.

It didn’t take long to get going and before I knew it I was about a third of the way through and very much wanting to know what was to come next.

I was really enjoying it but there was a bit of an odd relationship development right in the middle ... it was kind of predictable, but didn’t feel quite right all the same ... it almost felt a bit gratuitous, though I guess at the height of the action strange things can happen.

It didn’t spoil the read though and, as you would expect the good guys won out in the end and I will probably give another of his books a go ... if I can find one at the beginning of a series that is.

The Woman who Stole my Life
Marian Keyes


Having finished my David Baldacci and not having made any real emotional connections with any of the characters I felt ready to pick up my next book straight away.

This one had been a birthday gift from mum and dad and I hadn’t read a Marian Keyes novel in a long, long time so was really looking forward to diving into some old familiar territory. 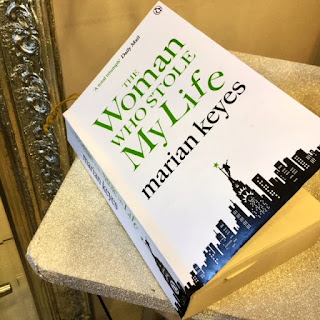 I hoped it would be a bit like putting on an old pair of slippers and curling up in front of a log fire with a hot chocolate ... I wasn’t disappointed.

The first half was very thought provoking and it was very easy to get just a little bit panicky at Stella’s plight, imagining just how difficult her situation could be ... might even be worth having a proactive discussion with loved ones ... just in case.

There were two very distinct threads in the first half, but it was easy to follow both ... though one was leaving lots of questions unanswered ... for now.

All did eventually become clear, but not until the very end and the way the story built it was hard to put the book down until the final conclusion was revealed ... and for a good while it wasn’t easy to predict which way things were going to end up.

I really enjoyed it ... it made good company whilst at the hair dressers and it was a nice easy read but not too obvious ... if you know what I mean.


I used to read a lot of John Grisham books but haven’t read anything written by him in a good few years. I’d had The Rooster Bar as a birthday or Christmas gift and I took it away with me on our trip to Windsor. 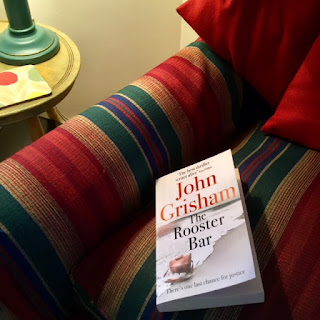 I started it curled up in a new reading corner after a day out exploring and it was a very relaxing way to spend an hour or so.

It was pretty compelling and I was soon well engrossed with absolutely no idea where it would end up. The main characters were likeable and it was easy to have empathy for them and to be willing them on ... even though what they were doing was totally unethical and against the law.

Just after half way through it looked like things may be starting to unravel and I was really hoping that their absent friend’s research would lead to something monumental ... it just had to or what would have been the point of what had gone before.

In the end the main characters did OK ... it didn’t go how I thought it might and it was a bit of an abrupt ending ... but a good read all the same.

I picked up my next book pretty much straight away ... after all curling up on the sofa in our Airbnb chilling out with a book after a day out exploring was too nice a pass time to miss. 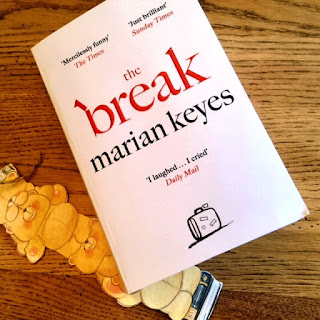 There was nothing relaxing about the first few chapters of this book though ... I almost felt the need to grab paper and pen and draw out a family tree as so many characters were thrown into the mix so quickly that it was hard to keep up.

I really hoped I would be able to keep up with who was who in this seemingly crazy family. I was already starting to feel for Amy though.

In the end I soon became au fait with who was who and how this big crazy family all fit together.

The main plot thread was a really interesting concept and I really couldn’t predict how it would end ... after all could it really be possible for a couple to take a six month break and then just pick up where they’d left off ... especially if it wasn’t really a decision that both parties were happy with.

In the end it wasn’t quite as simple as that, though all did turn out well in the end. It was another good read from Marian Keyes. 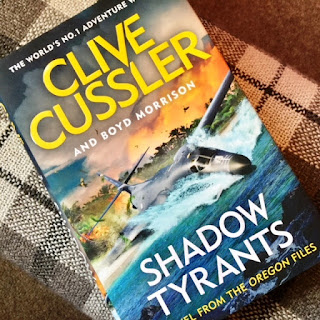 I am a big fan of Clive Cussler and have read nearly all of his books. He writes about a number of different characters and all of his stories are full of adventure. The only series I’ve not really enjoyed is the Isaac Bell stories, but all the others ...Dirk Pitt, Sam and Remi Fargo, Kurt Austin and the Oregon Files I really love reading.

Shadow tyrants is the 13th and latest in the Oregon Files series and follows the adventures of Juan Cabrillo the Chairman of 'The Corporation', a special US Government-sponsored group that operates out of a ship called the Oregon; a marvel of scientific research equipment bristling with state-of-the-art weaponry – but disguised as a heap of junk.

Cabrillo and his crew of mercenaries with a conscience are able to cross the high seas in their rusting tub unmolested, seeking out those beyond the arms of the law and dealing out justice to any who would plot chaos on a global scale.

Having read all of the books in the series I am well acquainted with the characters making up the crew of the Oregon, but was pleased to see a full cast of characters listed at the front of the book ... I always find these really useful to refer back to when I can’t quite remember who someone is and how they fit in.

As with lots of these books the prologue tells of a major historical event that occurred long, long ago ... this time in 261 BC. This then forms the basis of the book ... but in the present day.

I was gripped from the very beginning. There was plenty of action from well loved and familiar characters, plenty of fabulous technology from the Oregon and the plot felt pretty original and believable ... though there was an element of similarity with Dan Brown’s origin.

I couldn’t put it down and finished it within a couple of days. I think it’s one of my favourite Oregon stories and I'm sure it would make a great film.