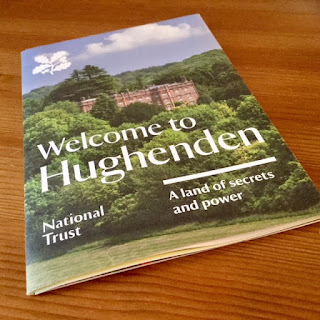 At the time I didn't realise that our trip to Windsor would be the last one that we would be taking for quite some time.

It wasn't really planned and was kind of a last minute thing ... we were caught up in the depths of the January lethargy and I decided enough was enough and booked us a short break in Windsor.

The plan was to shake ourselves out of the doldrums and, as visiting the castle is one of the 50 things I want to do before I’m 60, I thought it might be just the jolt we needed to get us properly into the spirit of the new year.

I went brave and bold and, inspired by a friend of a similar age, found us our first ever Airbnb right in the heart of Windsor, with parking ... to say we were a bit nervous was an understatement.

After a grim weekend at home, hunkering down and listening to the wind and rain of storm Ciara, we headed off on a Monday morning, with plans of a National Trust property visit on the way.

We had planned to visit Upton House and Gardens but Ciara had done her stuff and rendered the site inaccessible with the blocking of the drive by a fallen tree. Unperturbed it was plan B and we ended up at Hughendon in High Wycombe.

It was pretty cold, but dry, as we parked up and we made our first stop the Trust cafe for lunch. Whilst we were tucked up in the stable cafe the rain seriously came down and we ended up having to make a bit of a dash for it for the house. 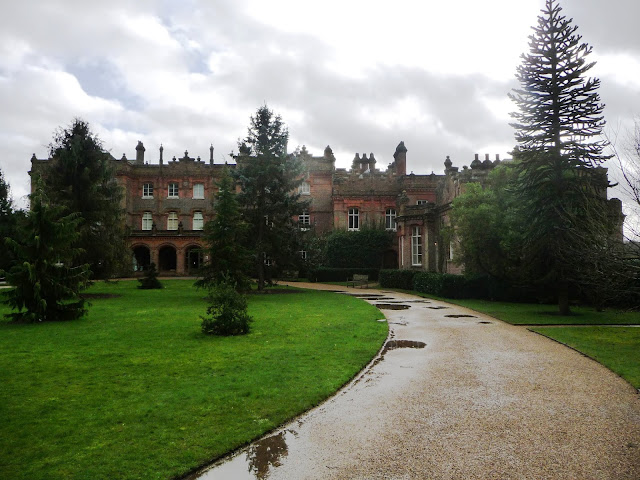 It was pretty interesting ... having had two lives really ... first as the family home of Benjamin Disraeli, described by the National Trust as 'The most unlikely Victorian Prime Minister' ... and then as Hillside, the secret map making centre for the RAF in World War 2. This was such a secret venture that the story only came to light in 2004, following an appeal to local people for their wartime memories.

Upstairs was just lovely ... the rain had stopped and the sunshine had put in an appearance ... flooding the rooms with light, which we got to enjoy before the National Trust guides all dashed to drop the blinds. 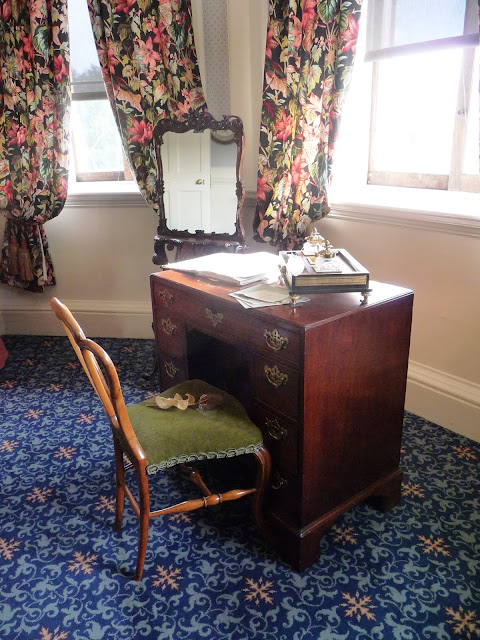 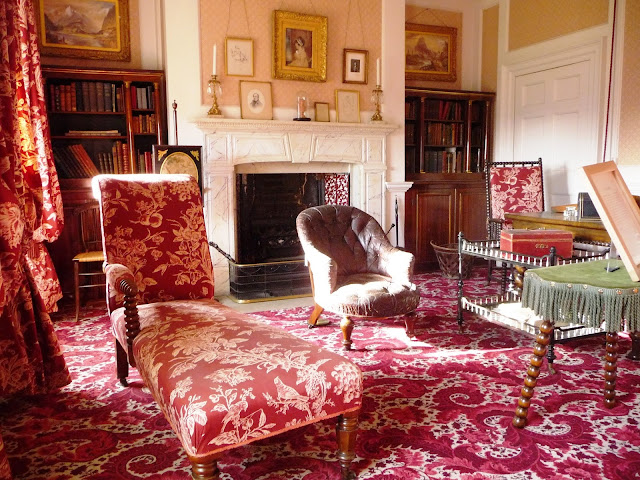 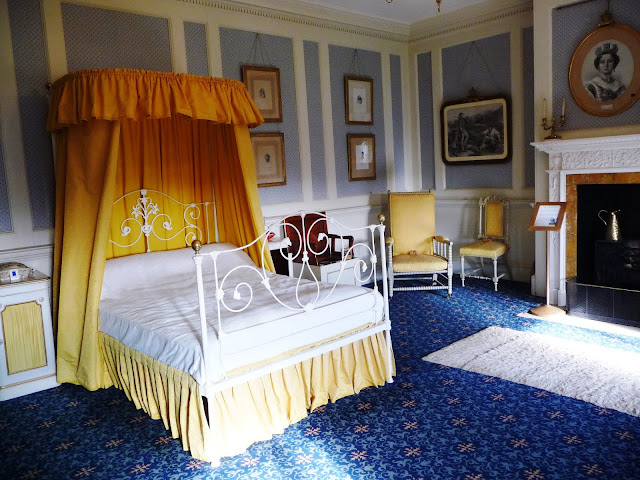 As the rain had blown over we managed a quick wander out back and across the Parterre ... 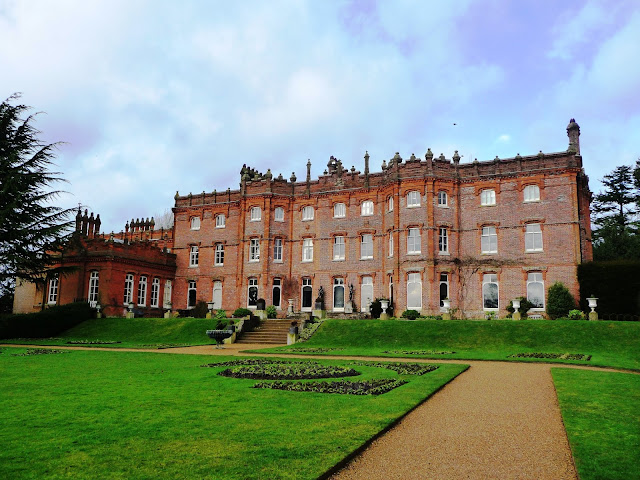 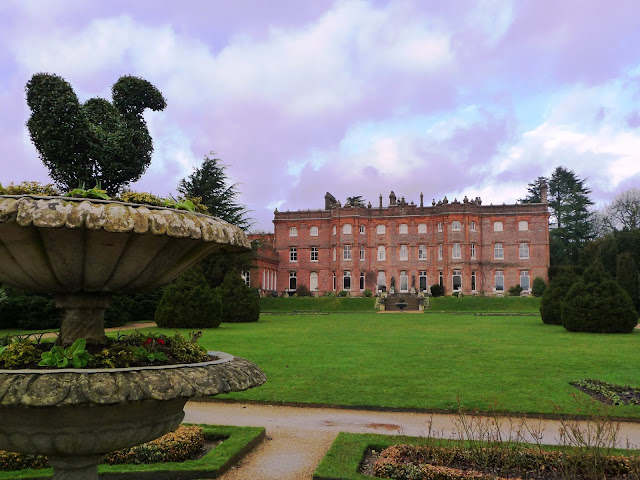 ... before making our way back round to the front of the house, passing the first signs of Spring along the way ... 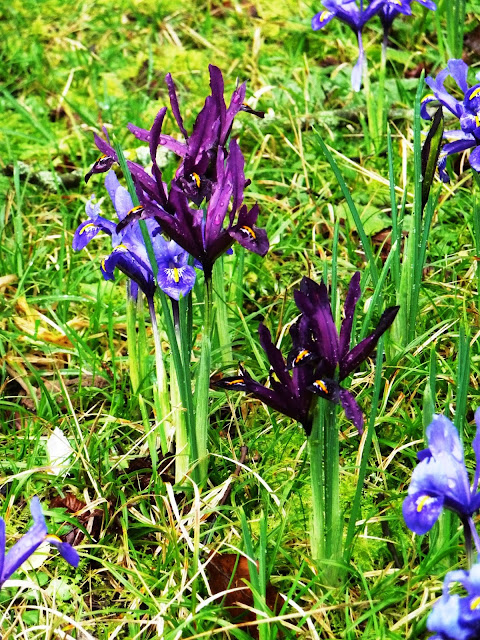 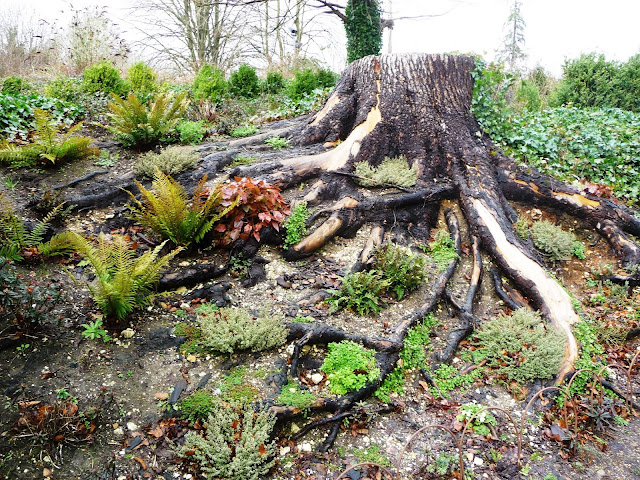 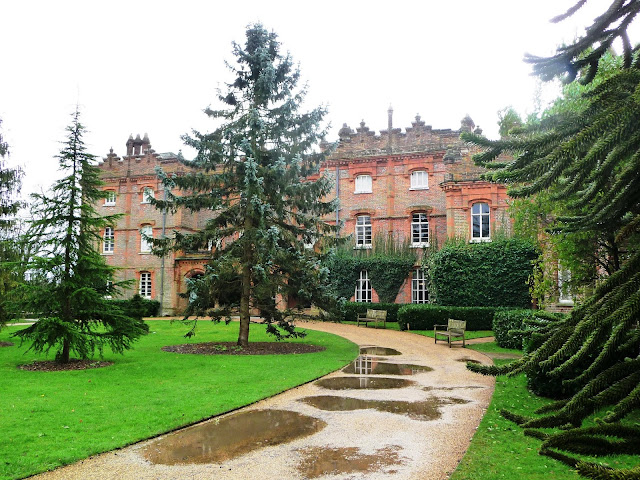 I'm sure on a better day and maybe a bit later in the season we would have stayed a while longer ... exploring the gardens ... but we opted to catch the buggy back to the car to continue on our way to Windsor to see what delights our first Airbnb would reveal. 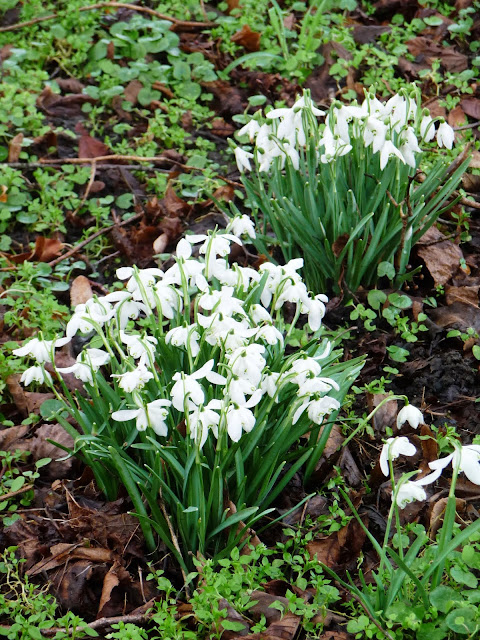 We arrived a little earlier than planned but had called ahead and were met by the housekeeper, the owners being away, and we were soon tucked up nice and cosy in our little bolt hole.

We spent the evening unpacking, cooking up a chilli, watching TV and looking through all of the information provided planning our next few days ... starting with plans to head ouy earlyish to catch the changing of the guard, but I'll save all of that for another post 😀

Email ThisBlogThis!Share to TwitterShare to FacebookShare to Pinterest
Labels: Beautiful Britain, Hughenden, Life of Pottering, National Trust, Out and About