You would be forgiven for expecting that I would have had lots of time to read plenty of books during March ... after all, I've never spent quite so much time at home.

However, it just hasn't turned out like that ... I have read lots ... but it has mainly been of the BBC News website. For a while I became a bit addicted ... following the live news feed and refreshing it constantly to see what was happening.

Now things seem to have settled into a bit of a strange new routine and I know what is expected of me I seem to be finding it a bit less compelling, restricting myself to a couple of views a day ... I've even missed a couple of the daily governmental briefings.

I am really hoping that I can do some more pleasurable reading during April.

Before the current craziness set in I did manage to read one of the books that have been lingering on the bookshelf for a while ...

The Mother of all Christmases
Milly Johnson 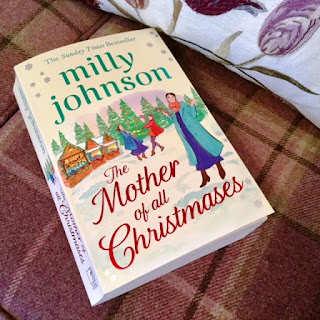 After a bit of a stressful few days at the beginning of March I was definitely in the market for a bit of a light and easy read ... something that I would term ‘fluffy’ and that’s not meant to be derogatory in any way whatsoever.

I’ve read a few of Milly Johnson’s books ... having come across her when picking picked up a handful of those nice pastel coloured books for holiday reading a year out so ago from The Works.

If this one was anything like the others I’d read I knew it was just what I was after ... a tale of friendship smattered with a bit of a, not too soppy, love story with a nice bit of overcoming prejudices or adversity thrown in for good measure.

Some of Milly's  characters reappear in different books, though each tale is very readable on a standalone basis, and it was nice to reacquaint with some very likeable characters that I had come across during a previous read.

In the main this tale focuses on three women, two of whom I’d not come across before, from very different backgrounds, in very different life situations, drawn together by an experience shared.

I was looking forward to seeing how they could all help and learn from each other and a nice feel good ending.


I finished reading it in a couple of days and really enjoyed it ... there were a few bumps along the road for some of the characters but all turned out well in the end. It was just the distraction that I needed.

I will definitely be making a note of Milly's books that I've not read yet and keeping an eye out for them.

It was a good job that I managed five during February or my goal of reading 24 across the course of this year would be well off track already.

Whilst it was the only novel I did manage to have a quick look at our latest new cook book ... though I haven't actually cooked anything from it as yet.

The Batch Lady is another Facebook find and I've been following her weekly videos about batch cooking for a while now and using a fair few of her handy tips. I'm really looking forward to getting stuck into some more of Suzanne's recipes over the coming weeks ... And last but not least I had a very pleasurable hour or so just losing myself in the latest Gardeners' World magazine which dropped on the mat. Neither of us are quite sure as to how we ended up with it as we both thought our subscription had expired ... but hey ... it was definitely a treat at a very much needed time ... 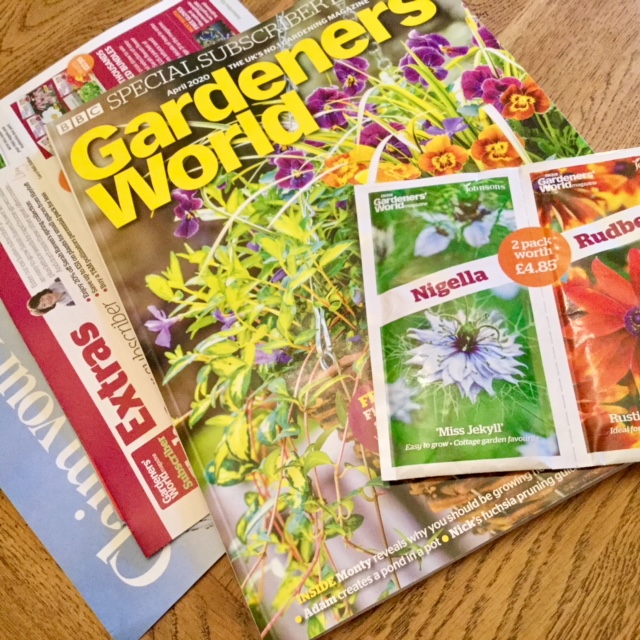