Hi there everyone 😀
Welcome to my first post of 2021 and the last Reading Corner for 2020.

I did manage to read a little more during December ... not sure why ... just seemed to have the time and the inclination.
I started off with something a little bit different ...
The Forgotten Guide to Happiness
Sophie Jenkins 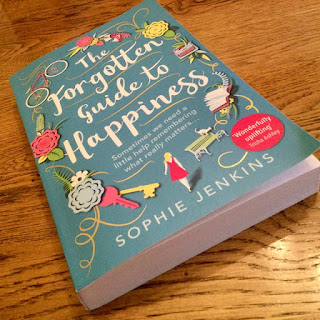 I just wasn’t quite in the mood for another Jack Reacher and fancied something a bit more light and frothy.

I’d kind of ordered this book by accident really... tagged on to a Christmas gift order I’d made from The Works. They were doing a deal on three books and this one must have got left in the basket as I ended up with four.

Anyway I was really looking forward to curling up with it for a nice easy read on a winter's afternoon and it was all that I was after. Not too taxing, a fairly simple plot and the requisite happy ending for this kind of book.

It was just the job ... I do love this kind of book ... I tend to call them ‘pink’ books. Even though this one is blue, it definitely falls into the pink book category for me ... a bit of light froth ... and that is not meant to be derogatory in any way what whatsoever ... sometimes they really hit the spot. 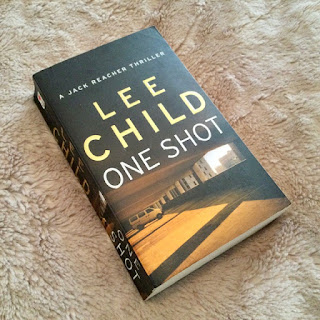 Book nine in the Jack Reacher series and as ever it started off with a bang ... literally ... and though Jack was nowhere to be seen it wasn’t long before he became involved and set about his usual mission of digging under the blindingly obvious and finding out the real truth. Once again things were most definitely not as they seemed.

As usual Jack teemed up with a strong female lead but this time he didn’t end up in his usual situation but instead hooked up with a bit of a blast from the past for a quick one nighter.

The tale ended, as ever, with Jack managing a lift to the nearest rail or bus depot to catch his next ride out of town and no doubt onto another adventure.
The hard way
Lee child

Now this one was a bit of a last minute entry. I wasn't expecting to manage to fit another book in but picked this one up on a miserable afternoon and literally couldn't put it down. I finished in within 24 hours. 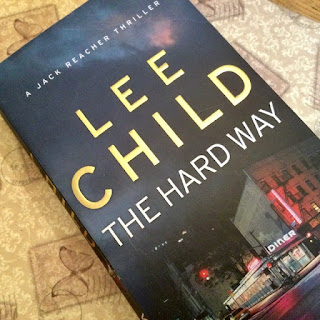