We had a really busy day ahead, no time for much of  lie in or breakfast.  We were off on a two hour trip to Doncaster to visit Martin's mum's (Peggy) doctors, her care home, the good old Co-Op Funeral Services, the Registry Office and Social Services.

We were armed with lists of questions and a sackful of forms and were hoping to do all we needed to do in the one visit. 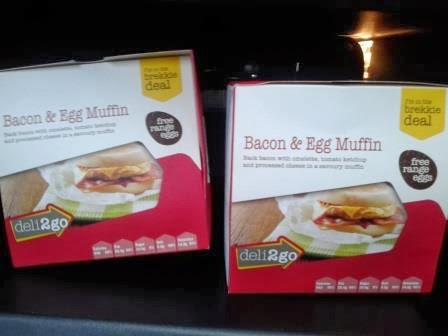 The weather wasn't good when we set out, it was raining really heavily, which made for slow going on the M1.  We stopped at Tibshelf services for petrol and a comfort break and the breakfast muffins were just calling out to me.  We sat in the car at the services and filled up for the rest of the day. 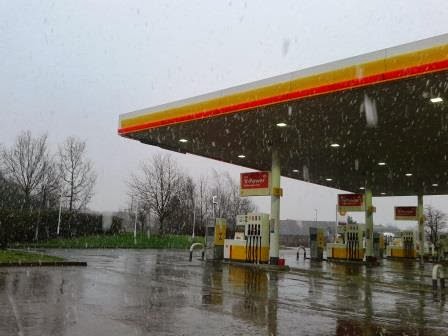 At this point the rain gave way to snow ..... Happy days.

We started out at the Doctors, where we picked up the cause of death certificate, which we needed to be able to register the death later.

We then moved on to Social Services where we were presented with a box full of Peggy's bits and pieces that they had been holding for safekeeping.  It took a good while to check the inventory against the contents of the box.  There was all sorts, from really pretty costume jewellery to pocket watches to a bird's foot on a key ring and postcards from Martin's granddad to his gran in the 1st world war, along with two of his war diaries.  We were going to have a fascinating time looking through it all back at home.

We then made a visit to the care home where we collected Peggy's personal bits and pieces from her room, including some photo albums we had put together for her.

Just round the corner was the Co-Op Funeral Service where the very nice Jacquie helped us arrange what would be a very small and simple service at the Rose Hill crematorium on 3 March. 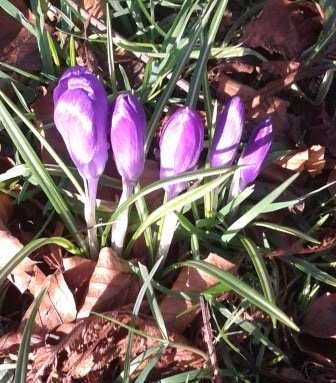 Finally, the Registry office.  The sun had made an appearance and the first crocuses were starting to make a show.

All in all, for what could have been a really stressful day, it went well.  Everyone had been really kind and helpful and we'd achieved all we'd set out to do.  Tired, but feeling very productive, we headed for home and a really quick and easy tea.

We'd leave the next batch of paperwork and a good old look through Peggy's treasures for another day.
Posted by Carol at 11:43

Email ThisBlogThis!Share to TwitterShare to FacebookShare to Pinterest
Labels: Out and About