I got up Monday morning, nervous, and a little excited, if truth be told.  The cellophane was off and today was the day!

The lounge curtains were very firmly closed, I had my pyjamas on and I found the right remote for the DVD player, which hasn't been used in about 5 years.

I decided to start with the cardio session - it promised 15 minutes and I would be pooped!  I was!  I felt quite proud of myself, as well has having a mouth and throat that felt absolutely parched.

The cardio session is led by Jackie, who follows a lower impact version, so whilst Davina and Mark were bouncing all over the place, I have to confess to going for the more sedate version.  After all, I didn't want to have to call out the emergency services if I over-did it or to shake all the ornaments off the shelves.

The session includes a warm up as part of the overall 15 minutes. You then need to do a separate stretch session afterwards, which takes about another 10 minutes.  This was almost as hard as the cardio itself for me, but in a different way.  It's been a long time since any of my muscles have been seriously stretched.

As I was doing my exercising in the lounge, I had to consider all the potential risks, such as knocking the light fitting for six when waving my arms about.  I also got a bit concerned about the impact on the particular part of the carpet I was exercising on, it didn't know what had hit it! 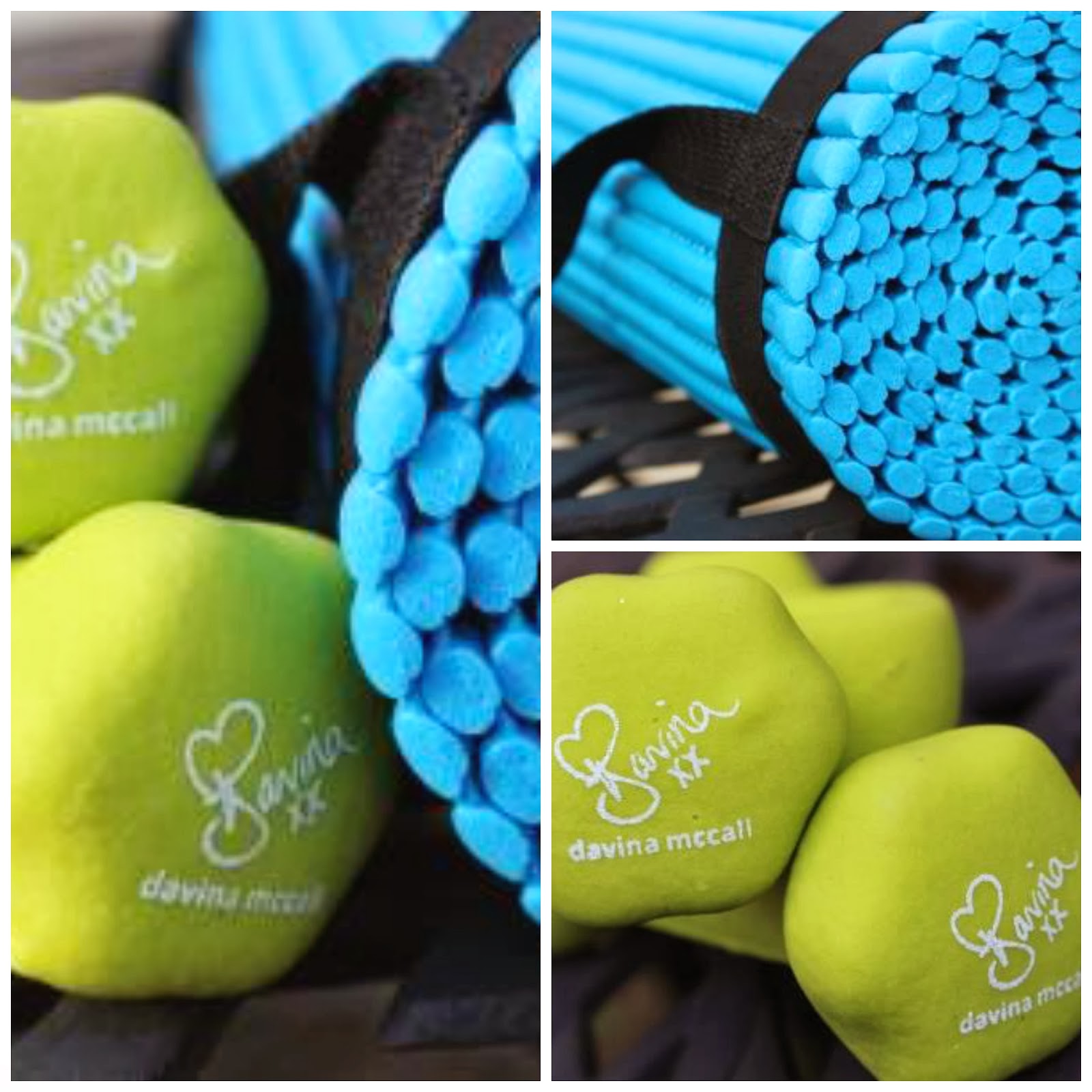 I did the cardio session again on Tuesday and Wednesday and fancied a change for Thursday so I headed off to Argos for some 1kg weights and an exercise mat, to try and protect the carpet, and have given the arms session a go this morning.  I was a bit concerned that 1kg weights may be a bit light - I needn't have worried, they were just about right to get started with.

It was a bit more complicated to co-ordinate arms, weights and legs in the confined space of the lounge and I didn't keep up all of the way through, but I am sure a few more sessions will help with my technique.

That's it for this week as mum will be here on Friday and Martin will be around at the weekend and I'm certainly not ready for any form of audience.  Hopefully the break won't make it hard to get back into the swing of things on Monday.

A Potterer's work is never done.
Posted by Carol at 11:38